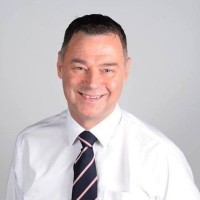 A local radio station’s news editor is to leave his role in a nationwide restructure which it was previously understood would not affect journalists.

Andy Mitchell will depart Blackpool-based Radio Wave ahead of the station becoming one of dozens of Bauer Media-owned titles to be rebranded as Greatest Hits Radio from early September.

Bauer revealed the planned restructure in May, with up to 160 presenting jobs across the country being put at risk.

But Andy’s departure at the end of next month appears to signal a U-turn on the issue of journalism roles at the affected stations as it was previously understood news presenter and reporter posts would not be among those at risk.

Bauer refused to reveal how many of those types of roles will be lost as a result of the restructure when approached by HTFP.

Andy, pictured, had been with Radio Wave since its launch in 1992 and also writes a column for Blackpool daily The Gazette.

Graham Bryce, group managing director at Bauer’s Hits Radio Network Brand, told The Gazette: “I’d like to personally thank all the individuals for their professionalism and outstanding contribution.

“These changes in no way diminish those achievements but merely reflect the changing market in which we operate. We wish them the very best for the future.

“Re-imagining local radio for the future is a vital part of securing its future success, and these changes have been designed to offer listeners access to fantastic new shows alongside all the local news content, local information and traffic and travel that is important to them.”

HTFP reported last month how the Chichester Observer and Bognor Regis Observer had launched a campaign save Sussex’s Spirit FM from being absorbed into the Greatest Hits Radio brand.