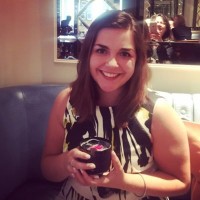 The journalist who first broke the news of the Salisbury poisonings has left the industry to become chief of staff for a newly-elected Tory MP.

Rebecca Hudson, then of the Salisbury Journal, was the first reporter on the scene after former Russian spy Sergei Skripal and his daughter Yulia collapsed in the city centre following the 2018 attack.

Her coverage of the incident and its aftermath later earned her a promotion to the role of news editor at Newsquest sister title the Oxford Mail.

But she has now left the paper to take up the new post with Tory rising star Danny Kruger, MP for Devizes since December and former political secretary to Prime Minister

Announcing the move on Twitter, Rebecca said:  “I’ve loved the Oxford Mail, and the Journal before that, but it’s time for something new.”

The move marks a return to Wiltshire for Rebecca, pictured, who was head of news at the Journal before her move to Oxord.

Rebecca told HTFP: “I think local journalism is so important. I had never planned to become a journalist, but took a chance and ended up loving it.

“The industry is undoubtedly changing but there are so many amazing, committed reporters and editors who go above and beyond behind the scenes, day and night, to serve their communities. Now is the time to invest in newsrooms and make sure those journalists are well supported and able to give their very best.

“It’s something we say a lot, but I would really encourage people to engage with their local journalists.

“I’ve been incredibly lucky to have learned from many wonderful people in local news, but particularly two amazing editors, first Joe Riddle and then Samantha Harman, who have both taught me so much and made my time in their newsrooms very enjoyable. I’d really like to thank them for everything.”

In the past year, Rebecca has hit out at abuse from anonymous commenters on the Mail’s website and also won an apology after “completely ludicrous” conspiracy theories stemming from her time covering the Novichok attacks were posted on a blog.

She added:  “The vitriol directed at reporters and editors online – especially towards women, I’m sorry to say – is worse than a lot of people realise, and I’m really pleased it’s starting to be discussed more widely, but there also needs to be a clear message from publishers that this won’t be tolerated.

Samantha wrote: “Could not be sadder about this. Don’t even look at me today Rebecca or I might cry.

“Massive loss to the newsroom but I wish you nothing but success and happiness. Thank you for all your hard work. You’re a star.”

Toby added: “Sorry to see you go. Best of luck – and our door will always be left wide open.”