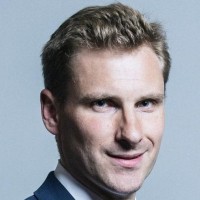 Court staff have been issued with new guidance on providing lists of hearings to the media.

HM Courts & Tribunals Service has worked with the Society of Editors and the News Media Association to produce the updated guidance, which sets out a protocol to be followed by both magistrates’ court workers and journalists.

The protocol states HMCTS will not charge news outlets for copies of court registers or lists and ensure that details of any reporting restrictions also appear.

Publication of the new guidance comes after HTFP reported yesterday how Salford City News chief reporter Jamie Bowman had successfully fought to use electronic devices in a court hearing after an usher attempted to stop him.

Specific guidance has also been given to courts and tribunal staff on handling high-profile hearings, while reference is also made to giving student journalists support  “as one way to encourage greater court reporting“.

Courts Minister Chris Philp, pictured, said: “Open justice is essential to the rule of law and it is the local, regional and national media that the public rely on to tell them what is happening in courts up and down the country.

“This guidance ensures our staff have all the information they need to support court reporters in carrying out this vital work.”

The advice was developed by the HMCTS media working group and incorporated the views of both media representatives and court staff and followed a 12-month series of regional roadshows organised by HMCTS and the SoE.

SoE executive director Ian Murray, who sits on the working group, said: “It is vitally important that the media and the courts work well together to ensure that the public has confidence in the judicial system.

“The best way that this can be achieved is for access to the courts and judicial information for journalists to be facilitated in the most open manner.”

Santha Rasaiah, legal, policy and regulatory affairs director of News Media Association, added: “It is vital that open justice is maintained in principle and in practice, whatever changes are in train.

“The ability of the press to access court proceedings, to access court documentation and to report the courts fully, fairly and accurately must be promoted, not eroded. This must be embedded in the development of a digitised justice system.

“The NMA therefore warmly welcomed the opportunity to work with HMCTS on the update of this guidance for all court and tribunal staff and on the revision of our long established, joint protocol on supply of court lists and court registers.

“We value our continuing work with HMCTS in support of court reporting and open justice.”