New ‘golden pen’ prize to be given out at journalism awards

A new ‘golden pen’ prize has been introduced as part of an annual awards scheme celebrating regional journalism.

The shortlist has been unveiled for this year’s Kent Press & Broadcast Awards, which were delayed in the hope a physical ceremony would be able to take place.

A virtual awards ceremony will instead now be held on Friday 20 November, with the nominees drawn from among 140 entries.

The not-for-profit awards, organised by Kent PR and marketing agency Maxim, will this year feature both a golden pen and the golden microphone honour for entries which stand out without being fitted into a single category. 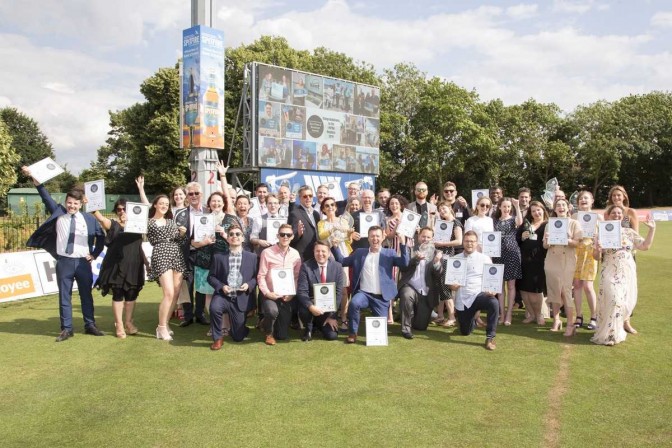 The winners at last year’s ceremony

Maxim’s Rachel Knight said: “Obviously Covid-19 has changed everything this year, including KPBA. We held off for as long as possible in the hope of holding a physical ceremony but clearly it’s not to be.

“That said, we were determined to keep the awards on track and the fantastic feedback from finalists has proved that was the right thing to do.

“It’s obviously been a very difficult year for many in the media industry and it’s been a pleasure to be able to raise some spirits with the announcement of the finalists.

“We couldn’t run KPBA without our sponsors so we are more grateful than ever to those that have been able to support the scheme during such a difficult year.

“Like most organisations, we are having to make cutbacks but thanks to the sponsors the winners will still receive their trophies and every finalist will get a certificate, as well as a hand delivered goody bag prior to the virtual ceremony.”

The jugding panel met virutally to decide on the finalists.

Rachel added: “This year the judges wanted to make some changes so we have split the feature category into broadcast and print, which includes online writing.

“They have also decided on two additional awards – the golden pen and the golden microphone – for those entries that really stood out but perhaps didn’t quite fit into a category.

“You’ll need to watch until the end of the ceremony to find out who will be the recipients of these special awards.

“The Kent Press & Broadcast Awards is now in its sixth year but we’ve never organised a virtual ceremony before so I hope everyone will bear with us as we do our best to celebrate the local media. We’ll be releasing details of how to watch the ceremony nearer the time.”