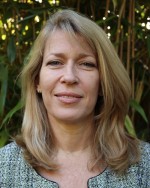 Local editors have issued a stark warning that Facebook and Google could “wipe out” local journalism unless they are forced to pay for the content they use on their platforms.

As part of its Journalism Matters campaign, the News Media Association is today publishing the results of a survey of local editors carried out last month.

It revealed that 89pc of respondents agreed that the business practices of Google and Facebook pose an existential threat to local journalism, while the same number said the government should act to force the tech giants to pay for the local content on their platforms.

A total of 57 editors responded to the survey carried out between 8-11 September.

Among the survey’s other findings were:

* Local journalism has become even more important to the public during the coronavirus pandemic as people seek out trusted news and information, with 68pc of local editors reporting an increase in audiences since January.

* Local news sources are often seen as the “first line of defence” against fake news about coronavirus, with 70pc of local editors saying they or their journalists had actively corrected or counteracted misinformation about the virus on social media.

* The pandemic has had a damaging effect on press freedom and transparency, with 49pc of local editors saying they had encountered instances of public bodies using coronavirus as an excuse to withhold information, and 47pc saying getting information from local public bodies had become more difficult.

The NMA and its members have repeatedly called on the UK Government to intervene to ensure publishers are rewarded for the content which the tech giants sell advertising against.

According to the NMA, Google and Facebook took around 80pc of the £14 billion spent on digital advertising in the UK in 2019, while national and local news titles, which produce the free content which the platforms mainly feed off, took just four per cent.

NMA deputy chief executive Lynne Anderson, pictured, said: “Local editors have issued a stark warning to Government; act now to curb the tech giants or place the future of local journalism – which has served the public so effectively during the pandemic – at risk.”

The survey findings echo yesterday’s comments by Henry Faure Walker, chief executive of Newsquest and chairman of the NMA, who warned that “targeted” government action was needed to save local journalism.

Said Henry: “Advertising revenues, the lifeblood of independent journalism, have been hammered by the economic downturn leaving us with less money to invest in the journalism we all want to read. At the local level, many news brands are in a perilous position.

“We now urgently need Government to intervene with a series of targeted initiatives to help sustain local independent journalism in this country. And the relationship between the news media and the tech giants needs to be properly reset.

“For too long, Google and Facebook have had a free pass at using our journalism on their platforms, making huge profits, whilst contributing comparatively nothing back into the industry.

“This problem must be tackled urgently in order for journalism to have a bright future.”