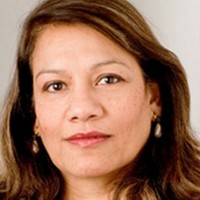 Cross-party calls to give local newspapers greater economic protection have been made in Westminster after pressure from editors.

Labour and Conservative MPs have urged the government to act on the issue of business rates relief for news media.

Shadow Leader of the House Valerie Vaz told the House of Commons Chancellor Rishi Sunak’s summer statement on Wednesday did not contain any new measures for local newspapers “who have said they would like a further business rates holiday”.

Tory MPs Rachel Maclean and Luke Hall have also raised the issue, with the latter being contacted by Newsquest editor Michael Purton about the matter.

Mrs Vaz, pictured, said: “The News Media Association say that since the start of the pandemic their advertising revenue has been reduced by 80pc, I wonder if that could be inserted into the debate next week?”

The NMA has called for business rates relief for news titles across the United Kingdom after the plan was backed in Scotland in May.

In a letter to the Chancellor this week, Redditch MP Mrs Maclean said: “According to research conducted by the News Media Association, since the start of the pandemic, the advertising revenue on which local and regional titles rely has fallen by as much as 80pc.

“At the end of March, 50pc of titles surveyed estimated their survival time to be no more than two to four months and at least 61 print titles throughout the UK have since suspended publication.

“With this in mind, I write in support of the Redditch Advertiser and the News Media Association’s call for the Government to grant a one-year 100pc business rate relief for news publishers.

“This would follow action taken by the Scottish Parliament to extend the one-year business rate holiday granted to the hospitality, retail, and leisure sectors to news publishers based in Scotland.”

In a letter to Chief Secretary to the Treasury Steve Barclay, Thornbury and Yate MP Mr Hall said: “I have been contacted by the Editor of the Gazette series Newspapers, Mr Michael Purton, regarding business rate relief for local newspapers.

“Mr Purton has asked if the Government would consider granting a one-year 100 per cent business rate relief for news publishers.

“I am personally aware of the important service local newspapers offer residents, particularly at this uncertain time, and I would be very grateful for a full consideration of this request and any financial support publishers such as the Gazette series could receive.”