An MP has foregone his regular column in a weekly newspaper in a show of solidarity with its striking journalists.

Warwick and Leamington MP Matt Western, who usually writes a fortnightly column for the Leamington Observer, made the gesture in support of National Union of Journalists members on strike at Bullivant Media.

The NUJ conducted the second day of its 48-hour walkout at Bullivant yesterday.

A further two-day strike is due to be held this coming Tuesday and Wednesday, with the union urging the company to “respond to our reasonable demands for fair pay and decent working practices”. 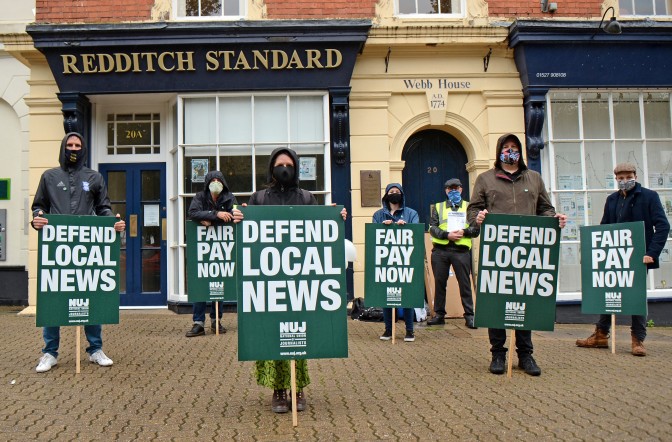 Striking journalists at the Redditch Observers

In a message of support to the striking journalists, Labour MP Mr Western said: “It is vital to our democracy that we have a thriving local press.

“Therefore, I support the strike actions being taken.

“I urge Bullivant Media, who own Leamington Observer and a number of sister publications, to resolve this dispute with their employees in a fair way as soon as possible.”

Bullivant Media declined to comment when approached by HTFP.