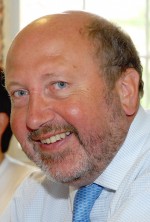 A former editor has predicted more regional dailies will become weeklies in the next two years after an investigation into the state of the industry.

Ex-Northern Echo editor Peter Sands has also stated his belief that a trend may emerge by 2022 of newspaper ownership returning to private companies and individuals.

Peter’s predictions come after he interviewed a number of senior industry figures, on and off the record, for a piece for InPublishing magazine examining how the regional press might look in 2022.

A number of regional press titles have made the switch from daily to weekly in the past decade, although the Gloucester Citizen and Gloucestershire Echo were the most recent to do so in 2017.

Discussing the issue in his piece, Peter said: “The latest circulation figures show dozens of daily papers selling fewer than 10,000.

“With staffing, production and distribution costs each day, few will continue to be viable.

“Those papers – including the Torquay Herald Express, Lincolnshire Echo, Scunthorpe Telegraph – that changed frequency nine years ago bought themselves longevity.

“It is a bitter pill to swallow but a number of dailies will hit the tarmac if they don’t change quickly.”

Peter, pictured, also discussed the subject of ownership in his piece, which has been published as JPIMedia, one of the nation’s biggest newspaper publishers, continues to seek a buyer for its portfolio.

He wrote: “Plenty of newspaper groups have changed hands in the last few years. Expect to see more. There may even be a trend for the return of newspaper ownership to private companies and individuals.

“There are journalists who could make a decent living out of a weekly newspaper but could the same paper make the profits demanded by the big PLCs?”

Among the industry figures willing to go on the record for Peter’s article was outgoing Liverpool Echo editor Alastair Machray, who predicted changes to how newsrooms will operate.

Alastair said: “The industry will see that the huge revenues lost through Covid can be mitigated by getting out of big, expensive offices.

“The impact will be felt on city centre office developments which will fail due to lack of tenants. Huge, urban white elephants will be the consequence.”

Peter also predicted the changeover from print to digital “will speed-up massively” as a result of the coronavirus crisis.

On that subject, Alastair told him: “The early digital adopters will have built strong online audiences that will enable them to continue with an effective dual-platform strategy with print remaining profitable and powerful.

“The digital naysayers will find slightly less tread on the print tyre and will close down more quickly.

“The weak will focus on survival or exit strategies. The strong will focus initially on consolidation and by Year Two perhaps be ready to see what opportunities exist for acquisition of businesses in the high dependency wards.”

Speaking to Peter, former Trinity Mirror executive Neil Benson added: “As an editor, I spent years trying – without long-term success – to reverse what was then a gentle but relentless circulation decline.

“The downward trend has accelerated enormously in recent years, and the pandemic has worsened it further.

“Some buyers may come back but once the buying habit is broken, it’s extremely difficult to repair.”