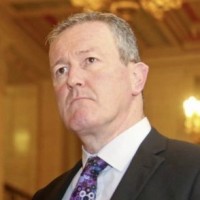 No deal has yet been agreed on proposed coronavirus support to Northern Ireland’s local newspaper industry, the region’s Finance Minister has confirmed.

Conor Murphy has told Members of the Legislative Assembly at Stormont that a plan he put to colleagues in June, which would widen the remit of a one-year rates relief scheme to include the sector, has yet to be agreed.

Around 25,000 businesses in Northern Ireland across sectors such as hospitality, tourism, retail and leisure are not being asked to pay rates in the 2020/21 financial year under one of the Stormont executive’s main coronavirus support measures.

Sinn Fein representative Mr Murphy, pictured, was taken to task on the issue by DUP MLA Gordon Dunne on the issue on Monday.

“I can confirm to the member that back in June I did indeed put plans to executive colleagues to extend the 12-month rates support to the local newspaper industry here.

“That was in line with similar relief that had been provided in Scotland. I remain keen in seeing that this matter is agreed by the executive.”

He added: “It hasn’t got onto the executive agenda and that is a matter of regret but I hope that it will at some stage very soon.”

Mr Murphy said he was also seeking to increase the executive’s spend on advertising in newspapers.