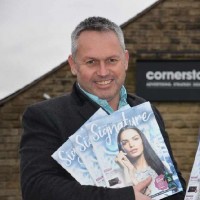 A media company has sold its radio station to concentrate on the revived former regional daily it runs – and reiterated plans to return the title to print.

Oldham Chronicle owner Credible Media has announced the sale of Revolution 96.2 to Bauer Media Group in order to focus its “considerable resources” on the Chronicle and its sister publications.

Credible bought the Chronicle after its parent company, Hirst, Kidd and Rennie Ltd, went into administration in August 2017, and has run the title as a digital-only venture since 2018.

Revolution has been owned by Credible since 2014, but is now expected to rebrand to Greatest Hits Radio in line with other Bauer stations which joined the network as part of a company shake-up earlier this year.

Credible managing director Matt Ramsbottom says one of the options to be considered following the radio station’s sale is the return of the Chronicle to a print format – echoing comments he made in June after launching a search for a new editor for the title.

HTFP has approached the company for an update on its search for a new editor.

Matt, pictured, said: “The radio station has been an exciting experience and is a viable business going forward, as evidenced by previous interest from buyers.

“This deal will allow us to concentrate all our considerable resources into the publishing business.

“We have exciting plans for the Oldham Evening Chronicle and our magazines, as well as developing our digital platforms further.

“We will remain at our headquarters here in Oldham and invest in securing the future of the Oldham Chronicle brand.”

Revolution first launched in 1999 and broadcasts across East Manchester.

“Home to our studios in Castle Quay, Manchester also remains a competitive market space and so we’re delighted to be able to take this important step in ensuring our listeners have greater access to this growing brand, as well as creating scale for advertisers.

“We’d like to thank all of those at Revolution 96.2, a station that has served and entertained their community valiantly over the years, and we look forward to continuing their great work.”