A man who threatened to kill an editor and burn down a daily newspaper’s office has been spared jail.

Ian Scott has been sentenced after threatening to burn down the office of the Aberdeen Evening Express and shoot the editor over a court story it published involving him.

Scott also threatened to “hunt down” the person responsible for the story and “give them a hiding”, according to the Evening Express.

But, instead of jailing him, Sheriff Ian Wallace ordered Scott to be supervised for 18 months and carry out unpaid work. 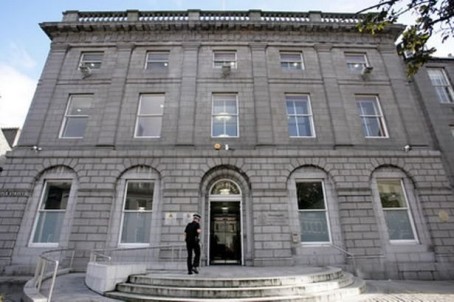 Aberdeen Sheriff Court heard how the Evening Express had published a story about a previous court case involving the 55-year-old in August last year after he admitted calling police and threatening to blow everyone’s heads off in the town of Inverurie with a shotgun.

The publication of his name and address in the paper prompted Scott to phone 999 again, at which point he made the threats against the Evening Express.

Fiscal deputy Alan Townsend told the court: “At 1.22am on 23 July the accused called 999 on his mobile and spoke to members of staff at the police control room.

Mr Townsend told the court Scott said he would “burn the place down”, in reference to the paper’s Marischal Square headquarters, and also “made threats to kill the editor” Craig Walker, including: “I’ll kick his head all over the street until he dies.”

Scott was not present at court due to suffering a broken kneecap, but previously admitted making a phone call to police in which he made threats of violence.

John McLeod, defending, said his client had a problem with alcohol and mental health difficulties, stressing that the threats were empty.

Sheriff Ian Wallace ordered Scott, of Aberdeen, to be supervised for 18 months “for the purpose of addressing the cause of his offending and promoting future good behaviour”.

He also ordered him to carry out 120 hours of unpaid work within the same period, with the sentence being imposed as a direct alternative to a custodial sentence.