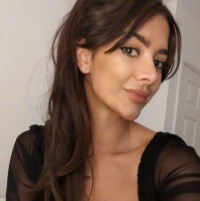 A journalist has hit out at those “celebrating” regional press job cuts after revealing the help her newspaper had given to a woman “terrified” she would be killed by her ex-partner.

Stephanie Balloo, of the Birmingham Mail, has urged people to “think twice” about the way they have reacted to planned redundancies across the industry due to the coronavirus crisis.

Stephanie, pictured, made the remarks after posting on Twitter about a call she received from a mother whose ex-partner had threatened to “slit her throat”.

The call prompted Stephanie to contact the police, leading to the arrest of the alleged offender.

She wrote: “At the start of the week, spoke with a mum who was genuinely terrified her ex-partner, who was driving by her home daily, would kill her amid threats to ‘slit her throat’.

“She claimed police hadn’t taken action even though he’d been to her house and tried to attack her.

“It wasn’t a story for us, because clearly her safety is the most important thing here. I outlined my concerns to the police and the next day she had a call from the Sergeant, the non-molestation order magically went through and he was arrested.

“Now, it could be a huge coincidence. Or it could be just one of the ways local journalism can really make a difference.

“So I just wanted to say, to the people openly celebrating our job losses, perhaps think twice about what exactly you’re celebrating.”

Mail owner Reach plc has announced it expects to cut around 550 jobs, including 325 in editorial and circulation, as a result of the impact of the pandemic.