A group of local sister weeklies were the first to break the news of Dame Vera Lynn’s death aged 103.

JPIMedia’s Sussex titles were not only first to report the death of the ‘Forces’ Sweetheart’ but also presented extensive background coverage including a tribute from editor Gary Shipton.

The titles have maintained a “strong relationship” with the singer and her representatives for many years, and the Express will carry a front page tribute to Dame Vera in its print edition tomorrow. 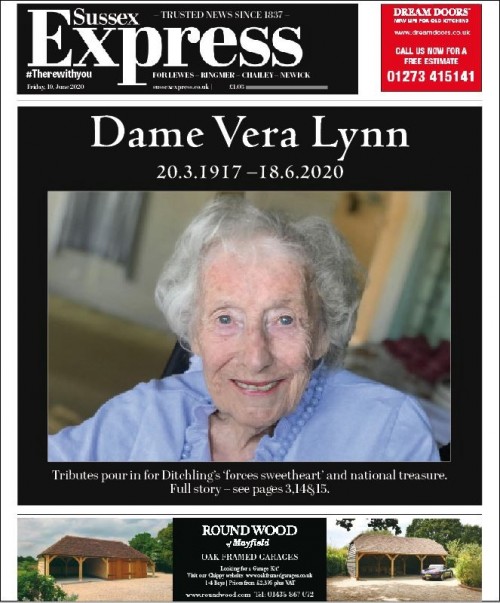 Gary told HTFP: “Our titles are hugely trusted in their communities and I would like to think that it is due to the very high regard in which they are held and the very strong relationship we have always had with Dame Vera and her representatives that we were able to do so.

“I would single out local reporter Jennifer Logan for particular note in this regard – it was due to her respected contacts that she was able to publish the story so quickly.

“Dame Vera was a national treasure but she always found time to speak to her local newspapers as well as support local charities especially those that helped children with cerebral palsy.

“We will miss her enormously – as will the whole country – and we pass on our most sincere condolences to her family.”

The story of Dame Vera’s death was initially tweeted on the West Sussex County Times’ Twitter feed at 9.33am on Thursday.

The news did not appear on the BBC and other leading news websites until around 10-15 minutes later. 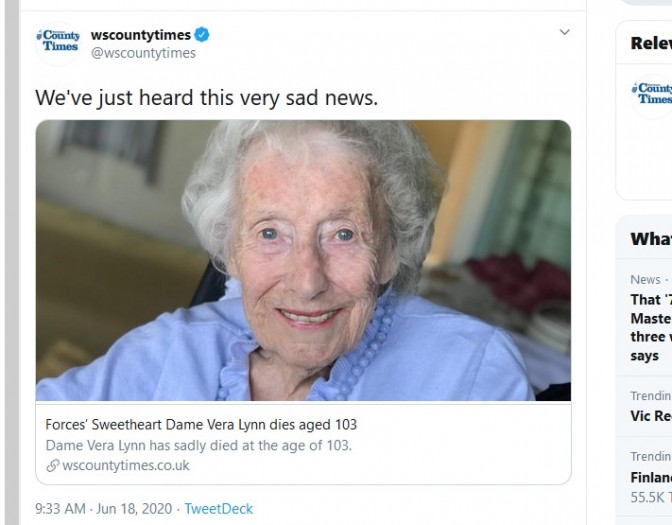