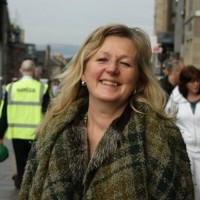 Local news titles and journalists have won grants of up to €25,000 in emergency funding to help them through the coronavirus crisis.

Among the recipients are the Hackney Citizen, which has received a €25,000 grant, and the Edinburgh Reporter and Caerphilly Observer, which each get €10,000.

Grants of €5,000 have been awarded to both Your Harlow and photographer Artur Conka, whose work has appeared in the Derby Telegraph.

Three other publications received the maximum €25,000 award – Scottish investigative journalism project The Ferret, homeless news title The Pavement and Gal-Dem, which is aimed at women and non-binary people of colour.

“It means that we can plan for the months ahead, we can continue to produce our free newspaper for distribution, and continue to update our readers daily about the developments in the Covid-19 situation.

“We try very hard to publish as much public interest news as we can to keep our readers up to date with the developing situation in relation to the pandemic.

“Of course, we continue to cover other local news at the same time, and favour untold local stories where we can. These stories appear online, in print and on our podcast platform.”

Ten UK titles previously benefited from the project’s first round of funding, with the Bedford Independent, Saddleworth Independent, London-based Social Spider CIC and the Southwark News each receiving €25,000.

Grants of €10,000 were also awarded to Newry.ie, Clydesider Creative, the Llanelli Standard, Switch Radio, On The Wight and Altrincham Today.