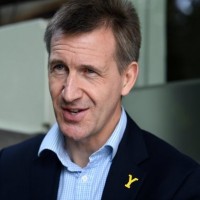 Editors and politicians have called on the government to make better use of the regional press in the fight against coronavirus-related “fake news”.

The Department for Digital, Culture, Media and Sport is calling for the public to flag up examples of disinformation and misinformation on social media about COVID-19.

But the Society of Editors has warned the plea could cause digital platform providers to suppress genuine news – and has instead called for DCMS to back the mainstream media as a tool for combating false information.

The SoE’s call comes after Dan Jarvis, the directly-elected mayor of Sheffield city region, wrote to culture secretary Oliver Dowden urging him to utilise of the regional press more in the fight against coronavirus by using it to communicate a public health information campaign.

SoE executive director Ian Murray said: “We must be careful that in an attempt to suppress misinformation, rumour and speculation that the digital platform providers are not backed into a corner where they take too broad an approach to removing or preventing false information.

“We do not want genuine news being suppressed by algorithms created in haste to trawl the net removing poorly identified content.

“The best method of combating false information and fake news is to shout-out and debunk such examples and to urge the public to rely on the mainstream media which is founded on well researched, edited, fact-based content.”

Mr Jarvis, who is also the Labour MP for Barnsley Central, said there is a “pressing need” for the government to communicate its advice to the public on COVID-19 “in a clear way, carried by trusted local institutions”.

In the open letter to Mr Dowden, he added that such a campaign would also help to safeguard the future of local press titles whose revenues have been threatened by the pandemic.

Mr Jarvis, pictured, wrote: “As you know, the Coronavirus is causing unprecedented disruption to businesses in every sector of our economy, including our local newspapers who are facing a collapse in advertising revenue which threatens their future viability.

“A strong, independent local newspaper is a vital asset for any community. It informs the public, holds to account the powerful and helps bind local communities together. It is an essential part of our local democracy and our communities will be much poorer if our local newspapers cannot weather the storm of coronavirus.

“Moreover, in this age of misinformation and ‘fake news’ there is a pressing need for Government to communicate its advice to the public in a clear way, carried by trusted local institutions.

“That is why I am writing to ask if your Department will consider running a public information campaign in our local newspapers – to keep the public informed about the latest guidance while also helping to safeguard the future of our local press.

“Thank you for your consideration of this important matter. I look forward to working closely with you on this issue.”

DCMS says it will respond to the letter in due course.

Former Stourbridge News group sports editor Max Hall has opened up on life during the COVID-19 lockdown in Italy.

Max has lived in Genoa with his Italian wife Elsa since last June, and has offered his advice on how people in the UK can deal with the pandemic

He told the News: “I would advise people to avoid all unnecessary human contact, rather like we are in Italy.

“That’s not to say people should panic and they certainly shouldn’t hoard goods people in greater need require.

“But after all the angry arguing about patriotism and whatnot during ‘the Brexit years’, perhaps those who really care about Britain should put the country first by self-isolating at home for as long as they can, helping with shopping for those unable to fetch their own or unable to go online and order it, and buying only what they need to get by.”

Phyllis Maiden, a shorthand tutor with 28 years of experience, has offered her services to learners via Skype free of charge in the wake of the current restrictions on movement.

She told HTFP: “I am going to have a lot of time to fill and would be happy to help, free of charge, any learner who is perhaps nearing 100 wpm or indeed even doing the theory and has a deadline.

“I have Skype. Now that the restrictions are tighter I have to stay in so would be happy to help.  I am well-known to the NCTJ and all the local papers in Lincolnshire.”

She can be contacted via email at phyllismaiden@yahoo.co.uk.