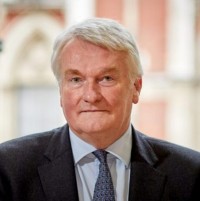 The Lord Chief Justice says progress made regarding remote access to court hearings for journalists is likely to take “one step back”.

Lord Burnett of Maldon, pictured, has said the justice system is “constantly learning” about the technology, which has allowed reporters to cover cases from home during the pandemic.

Lord Burnett made the remarks in a keynote talk at the Society of Editors Virtual Conference today.

Lord Burnett said: “I am a keen supporter and enthusiast of open justice and I have long thought that the presence of not only the public but also the press in court hearings – not only high profile and controversial court hearings – is important for not only maintaining the integrity of the system but also public confidence in the system.

“We have taken three steps forward during the last seven months because we have had to and we will probably take one step back.

“In respect of everything that has been going on during Covid, we are constantly learning about what works and what doesn’t work and what the difficulties and pitfalls are of some things that are being done at the moment.”

Lord Burnett went on to discuss the future of court access.

He added: “I am pretty confident that there will be developments but they need to be thought through very carefully.

“One of the things that everybody is conscious of is that if one has extensive remote access to hearings then the judge is not in a very good position to control what people are doing and what they’re capable of doing with what they’re seeing.

“There have been glitches were, contrary to the rules, recordings have been made and they have been circulated. That is something that we have to be very, very careful with.”