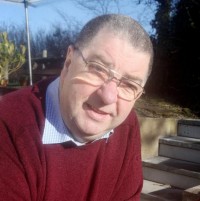 A journalist who continued to write “courageous and sparkling copy” even in illness has died aged 73.

Tributes have been paid to Chris Ryder, formerly of the Belfast Telegraph.

Chris, pictured, also worked for national titles including the Sunday Times and Daily Telegraph during his career.

Chris died on Friday after a short illness, having been cared for in the Northern Ireland Hospice, with his wife Genny announcing his death on Twitter.

“Even when ill, Chris wrote important, courageous and sparkling copy for the Belfast Telegraph.”

Nicholas Watt, political editor of BBC Newsnight, added: “Chris Ryder was one of Northern Ireland’s most remarkable journalists with an exceptional understanding of politics and security.

“Chris was very generous with his time when I pitched up at the age of 26 towards the end of the Troubles.”

Chris also wrote several books on the history of the security forces in Northern Ireland, including The RUC 1922-2000: A Force Under Fire, as well as The Fateful Split: Catholics and the Royal Ulster Constabulary.