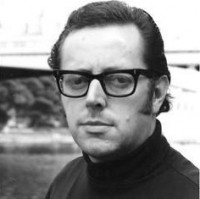 A regional daily journalist who held senior features and newsdesk positions over the course of a lengthy career has died aged 95.

Tributes have been paid to Ron Willis, pictured, who spent 44 years with York daily The Press.

During his time there, Ron served as deputy in the newspaper’s features department as well as working on the news desk.

He was also known for his “immaculate” shorthand, and regularly covered all the senior courts in York, city council meetings and the Convocations of the Church of England at the city’s St William’s College.

During his 22 years in the features department his wrote a weekly column called Looking Around, which dealt with local history and architecture.

Ron retired in 1984 after 44 years with The Press, and became a council member of York Georgian Society, as well as a member of York Civic Trust and of the Friends of Fairfax House.

With his wife Thelma, whom he met as a copy typist on the paper, he produced seven books.

Thelma died before Ron after more than 60 years of marriage and he was looked after at the end of his life by Lynne Taylor, fulfilling a promise made to her father, Stacey Brewer, who had worked with Ron at the Press and wanted to ensure he was taken care of.

Mrs Taylor told The Press: “It’s amazing, after all these years, to think I have been able to see that promise right through to the end.

“It has been the most pleasurable promise I have ever made. I have spent many hours over numerous cups of coffee and scones in a heady assortment of cafes and farm shops enjoying Uncle Ron’s encyclopedic knowledge of history and delighting in his well-remembered tales of his times in the services.

“Whenever we went on holiday we always sent cards and brought back books, wine, cheese and little-known ciders for him. It has been an absolute pleasure to include him in our adventures.”

Ron’s funeral will take place at York Crematorium at 11.20am on Wednesday.