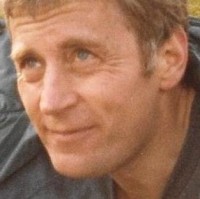 A journalist responsible for setting up an infamous televised confrontation between two rival football managers has died aged 80.

John Wilford brought together Brian Clough and Don Revie, his predecessor as manager of Leeds United, in the Yorkshire Television studios on the day of the former’s sacking from the job in 1974.

The interview was later reenacted in the 2009 film The Damned United, based on the novel by David Peace.

He began his career on the Northampton Chronicle & Echo before moving into television as a reporter at Associated TV in Birmingham.

John then joined Yorkshire TV as news editor, becoming head of local programmes and after a short time away he returned as head of corporate affairs.

Robert Charles recalled in an obituary for the Sports Journalists’ Association how John set up the confrontation between Clough and Revie.

He wrote: “Wilford brought the two together after commandeering a slot on the channel after News at Ten to produce a piece of TV crackling with all the animosity of a verbal fistfight. Wilford recounted with great relish how, before the interview, Revie asked for his fee in cash.

“Away from prying eyes John escorted him to the nearest gents’ lavatories in the YTV building, Revie undid and dropped his trousers, crammed a crisp wad of notes into a money belt and the interview went ahead.

This was classic Wilford, courageous bravado and an ability to get to the heart of a story and make compelling television.

“When asked what made a good journalist he said, ‘stamina, a thick skin, boundless energy and an annoying habit of asking the questions people would rather you didn’t. Oh and a facility with words helps.'”