Journalist who served weekly for decades dies of coronavirus aged 87 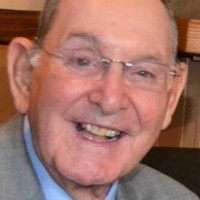 A journalist whose career with a weekly newspaper spanned almost half a century has died from coronavirus aged 87.

Tributes have been paid to Graham Fulton, pictured, who worked his way up from apprentice monotype operator at the Perthshire Advertiser to become its regular football reporter.

For many years he covered the fortunes of St Johnstone FC, of whom he was a lifelong supporter and shareholder.

Figures associated with the club have paid tribute following his death at Dundee’s Ninewells Hospital, where his wife Evelyn was by his side.

A spokesman for St Johnstone FC said: “Over many, many years, Graham was a well-known face in the press boxes of both Muirton Park and McDiarmid Park, as well as at a multitude of away grounds as he followed Saints around Scotland for the PA.

“We are sad to learn of his passing and it is fitting that Graham will long be remembered by way of the hundreds of match reports and his other coverage of the club through good times and bad.

“That will be Graham’s footballing legacy amongst all his other work as a reporter.”

Alex Totten, former Saints manager, told the Advertiser: “Graham was the first journalist to interview me when I got the job at St Johnstone. I remember we met at the Huntingtower Hotel.

“In the days when we were part-time, he would call every Monday and Thursday morning for the latest news from the club. We got along very well in my time at Saints and remained good friends.

“I have been looking out old PA reports that I have kept from some of the big games that Graham covered, like our 1988 promotion at Muirton and one from 1990 when we were crowned champions down at Ayr.

“Graham covered many of the games when I was manager, including the win over Airdrie that fans still talk about as the best game ever seen at McDiarmid Park.

“He was a Saints supporter of course and it must have been nice to report on good times for the club after all it had been through. I found Graham to be a lovely man, a gentleman really, and a very good journalist.”

Even in his days as a printer, Graham also regularly contributed theatrical reviews to both the PA and The Stage magazine.

He interviewed stars as diverse as Eric Morecambe, Rikki Fulton, Patricia Routledge and Sue Holderness, who went on to star in ‘Only Fools and Horses’.

Jean McCormack, former Perth and Kinross provost and councillor, said: “I have nothing but happy memories of Graham, both as a journalist and as a friend.

“Graham was always a gentleman and he was the most immaculately dressed journalist ever.

“His kindness extended to his reporting, as he never intentionally hurt or disrespected anyone.”

Graham, who retired in 1997, is survived by Evelyn, to whom he had been married since 1958, and brother Robin.

His funeral was held at Perth Crematorium on 29 April.