Journalist who thought up name for business title dies aged 72 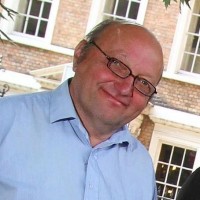 A journalist who was responsible for naming a regional business publication has died aged 72.

Tributes have been paid to George Henderson, who worked on Gloucester daily The Citizen and The Forester, in the Forest of Dean, over the course of his career.

George, pictured, later helped to launch regional business magazine Punchline Gloucester, the name of which was his invention.

Former Citizen editor Ian Mean is among those to have paid tribute.

Ian told Punchline: “He had a way with words like very few reporters I have employed over the years.

“In his beloved Forest, he was seen as something of a legend. He chronicled parish pump news and big stories with the same flowing prose.

“They don’t make reporters like George any more. Newspapers and stories were his life.”

Viv Hargreaves, who edited The Forester from 2000 to 2013, said: “George Henderson could fill a newspaper single-handedly – such was his ability to assimilate facts and present them in impressive prose.

“He was, without doubt, one of the best journalists in the region and I was lucky enough to lure him away from the features desk at The Citizen, where we both worked in the 1990s.”

She added: “George was erudite, well-read and wrote poetry in his spare time. He lived alone in a flat on Edge Hills Road, Cinderford, overlooking the River Severn on one side and the Welsh hills the other.

“His was a quietly remarkable life and I hope his family treasure his writings.”

Punchline editor Mark Owen said: “George came up with the name. We were about to produce the first magazine and looking for a title and he came up with it – it’s all about the Punchline.

“Without George, there wouldn’t have been a Punchline.”

He added: “He was a brilliant writer. We have always had excellent writers at Punchline and he led the way with that.

“He had an encyclopaedic memory of people and places which really helped us to get established.”