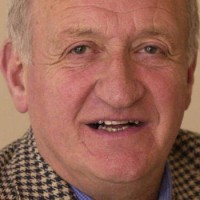 A journalist who ghosted a series of columns for champion boxer Muhammad Ali has died aged 88.

Tributes have been paid to Jack Webster, who worked for titles including Aberdeen daily the Press & Journal and the Scottish Daily Express.

He also landed a world exclusive with Charlie Chaplin at Aberdeen’s Tivoli Theatre by booking into the same hotel as him.

His son Geoff told the Press & Journal: “Dad was given a roving role and he managed to set up some remarkable meetings with the likes of Chaplin and Ali.

“He learned that the former – who had refused to speak to journalists after being hounded out of America – was staying in Banchory.

“So he checked into the same hotel, got talking to the great man and asked if he would like to revisit the Tivoli, where Chaplin has performed early in his career. He said yes and that was a huge scoop.

“When Muhammad Ali came to Britain to fight Henry Cooper [in 1966], dad became the ghost writer of his columns in the build-up to the fight and there’s a lovely picture of the two of them sitting together.”

Jack, pictured, began his career at the Turriff Advertiser before 10 years in Aberdeen and later moving to work in Glasgow for the Express.

He wrote 18 books, including a comprehensive history of Aberdeen Football Club for their centenary in 2003.

A spokesman for the club said: “Jack was a great friend over many years and, of course, he was a massive Dons fan.

“His book on AFC is regarded as the definitive history of that era and is frequently referenced for historical articles. A true gentleman, Jack will be sorely missed.”

Jack, who died last week, was married to Eden, who died more than 30 years ago. They had three sons – Geoff, Keith, and Martin.