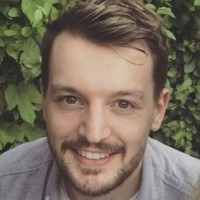 A journalist who has opened up on his past mental health battles has warned online abuse will “cost lives” unless it is eradicated.

Surrey Live content editor Matt Strudwick has spoken out about the impact social media abuse has had on his life after being abused over an unfavourable review he wrote about a visit to the zoo.

Comments aimed at Matt, pictured, after the review was published included “feed him to the lions”, “I wouldn’t want him as my father”, “I feel sorry for his kid” and “t***”.

In a piece responding to his critics, he revealed he had lived with depression for 19 years, previously self-harmed and nearly killed himself as a teenager.

Matt, 35, wrote: “It’s inevitable that some people won’t agree with an opinion piece because it’s subjective and a review is based on that one experience. But the level of abuse directed at me by some people was unwarranted and unnecessarily vile.

“It shocked me and I have never experienced it on that level before. Most I was able to brush off, but those that questioned my ability as a father were the ones that hurt the most. And I was just doing my job.

“I, and our reporters, see it on a daily basis on social media. Abusive and sickening comments, either directed at them or at the people in the articles we write. We welcome feedback and criticism where it’s warranted, but there is a line that should not be crossed.

“Those that write such hateful things are also those that pedal the same argument when challenged – free speech. Free speech doesn’t mean being abusive because you can, while safe behind your computer screen. It needs to stop.

“It upset my whole family. This kind of cyber playground bullying and tormenting has even led people to kill themselves.”

In the past two months alone, HTFP has reported on the impact of online abuse which has been aimed at journalists working at the Nottingham Post, Worcester News, Sunday World and South Cumbria daily the Mail.

Matt went on to note he and his colleagues “take on board any constructive feedback to what we write”.

But he added: “I am a journalist, yes. But I’m also a 35-year-old father, boyfriend, son, brother, uncle, nephew, cousin, and grandson.

“I also grew up in a council house with an absent father, nearly killed myself when I was 17, have lived with depression for 19 years, and have self-harmed.

“We may be living in unprecedented times during a pandemic, but abuse on social media is a virus that also needs eradicating or it will cost more lives.”