Journalist stranded at airport due to ‘bizarre’ Saharan sandstorm 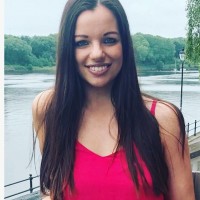 A regional journalist is among thousands of holidaymakers left stranded after a Saharan sandstorm left flights out of the Canary Islands being grounded.

Sophie Barley, head of social media and audience at Newcastle daily The Chronicle and the Teesside Gazette, has been unable to leave Tenerife after the storm hit the island over the weekend.

Flights from Gran Canaria, Lanzarote, La Palma, and Tenerife North and South Airports have been grounded for the foreseeable future due to the weather conditions.

Sophie, pictured, told ITV News the storm was “totally bizarre” and like “nothing I have ever seen before”.

She said: “It’s hard to explain, but there is sand everywhere – indoors and out.”

She went on to say sand in the air had created a “constant haze” leaving the streets “deserted”.

She added: “It feels like the whole area is in lockdown.”

It is estimated between 12,000 and 14,000 Britons have been stranded on the Spanish islands.

Posting a video of the scenes at the airport, Sophie wrote: Flight cancelled. Tenerife South airport closed. Been told to go to the airport anyway.

“Feel for all the airline staff today as it must be absolutely chaotic.

“Current scenes at Tenerife South Airport and this is just outside. Carnage.

“And more buses keep arriving with people for flights which aren’t going. People told to just wait around and it’s currently 29 degrees.”