A former regional journalist has told her life story – including mental illness and multiple suicide attempts – with the help of an author 6,000 miles away.

Vicki FitzGerald, who worked for the Bristol Post and Weston & Worle News for almost a decade, has penned her memoirs with the help of American author Mathew Crisci.

The pair, pictured below, met at a writer’s conference, in Dublin, in 2018, and their paths crossed again the following year. 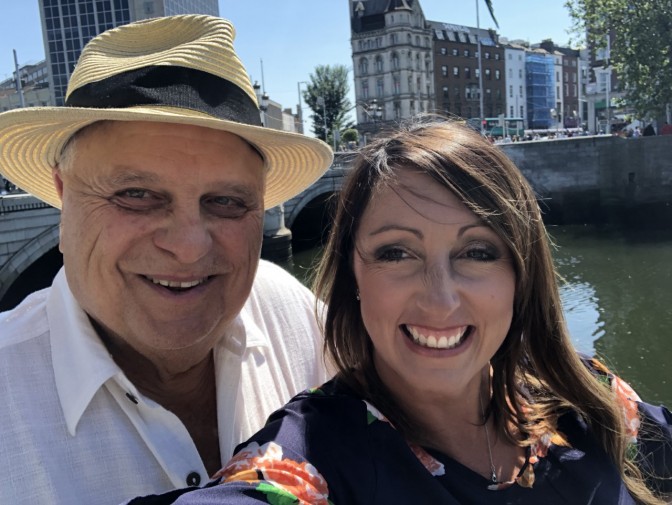 When Vicki and I first in Dublin, I discovered behind Vicki’s cheery mask sat a tempestuous world of self-doubt wrapped in a fragile roller-coaster life.

“I suggested her story – told correctly – could touch people’s hearts, perhaps even offer some life lessons without being preachy.”

The 39-year-old initially declined his offer, but said: “Over the next twelve months, Mathew was as tenacious as an English bulldog.

“He was certain my story, and my subsequent return from near-death, could inspire others at rock bottom.

“I was reluctant to share my darkest moments with the world as mental illness isn’t something that is openly discussed, much less with a stranger.

“But for some reason – perhaps woman’s intuition – I decided to trust Mathew with my innermost secrets and insecurities.”

Mr Crisci, elected to Who’s Who in the world 23 times, added: “Not everyone will agree with the choices Vicki has made, but my instincts, as a writer and a father, tell me that her inspiring story is one you’ll not soon forget.

“Thanks to her bravery and honesty Still Standing contains lessons for everyone, regardless of age and circumstance.”

The book is now available in paperback and as an eBook.