Journalist leaves daily to teach at university where she trained 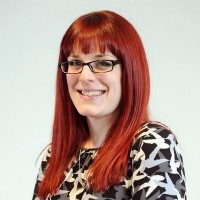 A journalist has left a regional daily to teach at the university where she trained.

Lindsay Pantry has announced her departure from the Yorkshire Post as she prepares to join the journalism department at the University of Sheffield.

Lindsay, who became the Leeds-based Post’s first-ever social affairs correspondent in 2018, will be following in the footsteps of Mark Hanna, whose retirement from full-time teaching at the university HTFP covered last week, by teaching its investigative journalism module.

She herself was taught by Mark at Sheffield, graduating in 2005.

Lindsay, pictured, told HTFP: “It was always my ambition to work at the Yorkshire Post and I have loved every minute of my six-and-a-half years there.

“It is truly bittersweet to leave, but I’m incredibly excited about the opportunity to teach the next generation of journalists at the place where I learnt my craft, alongside some of the people I worked with at the beginning of my career – Lisa Bradley, who was my first news editor, and Mark Bradley, my first editor, plus countless other respected journalists and academics.

“I’m particularly excited about the prospect of teaching investigative journalism – however daunting it will be to step into the shoes of the legendary Mark Hanna, who taught me when I was at the university, and I recently had the pleasure of working alongside.”

Lindsay began her career as a trainee at the Wakefield Express, before moving on as news editor of the Hemsworth and South Elmsall Expres.

She then joined the Dewsbury Reporter and Mirfield Reporter, moving to the Post in March 2014 as a senior news correspondent.

Lindsay added: “I’m proud to say I worked at the most trusted newspaper in Britain, and it is a source of great fulfilment what we accomplished with the Loneliness: The Hidden Epidemic campaign, bringing an issue once in the shadows to the forefront of national attention.

“The campaign gathered huge momentum from the day it launched in 2014, and even though it gained the support of Prime Ministers, politicians, and royalty, the biggest joy for me was meeting and speaking to those people in Yorkshire working day in, day out to alleviate loneliness.

“It was a thrill to be able to thank some of them personally by taking them to Downing Street when we co hosted a Christmas party with then PM David Cameron.

“The Yorkshire Post is at the top of its game right now, having recently been named Regional Newspaper of the Year – and I leave knowing it is in safe hands with a group of incredibly talented reporters.”