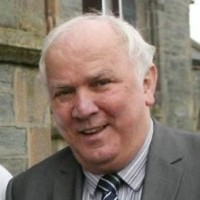 A journalist known for his “integrity and loyalty” has died aged 75.

Tributes have been paid to Jim Lindsay, who worked for titles including the Londonderry Sentinel, Derry Journal and Belfast Telegraph.

Jim, pictured, began his career on the Sentinel in 1961 at the age of 16 and, after his newspaper career, went on to work for BBC Radio Foyle.

He was involved in the station’s launch and filled a variety of roles including newsreader and station manager.

Jim , who died last month after a long illness, was awarded a lifetime membership of the National Union of Journalists in 2010.

Away from journalism, he was known as the secretary and treasurer of Ireland’s North West Cricket Union.

Former NWCU chairman Joe Doherty told the Journal: “Jim Lindsay was a big part of my cricket life and I first remember him as a journalist with the Belfast Telegraph reporting on our games.

“Later, I was to come to know him better in his roles at Radio Foyle and was always a pleasure to work with him, whether the topic was business, general news or sport.

“In my twelve years as NWCU Chairman, Jim was a constant source of support in terms of hard work, organisation and efficiency in performing two major tasks – secretary and treasurer, with PR thrown in for good measure.

“I will always treasure his integrity and his loyalty to me personally. In relation to the union, his fairness and impartiality stood out and I remember in particular the compassionate and cooperative way in which he dealt with clubs that were experiencing difficulties, often of a financial nature.”

Mr Doherty added: “I have lost a good friend, a loyal sidekick and North West cricket has, without doubt, lost one of its most outstanding and unassuming servants. My sincere condolences go out to Norma, Laurie, Kathryn and all the family circle.”