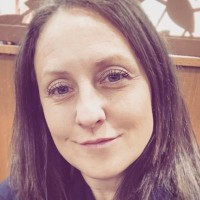 A journalist has hit back at online trolls after being branded a c-word by multiple readers for covering a rape charge.

Northamptonshire Telegraph reporter Kate Cronin has been targeted by readers on social media after reporting the charge against a man on her patch.

Kate, pictured, is the latest regional press journalist to speak out against such abuse, which comes amid reports the government is planning to introduce new laws that will protect journalists being threatened on social media.

Posting on Twitter on Monday afternoon, she revealed she had been “called a c*** twice today already”.

Kate added: “Our paper hasn’t ‘shamed’ anyone, or ‘tried anyone by media’ this morning.

“We’ve done a factual, contemporaneous to-the-point report of details that are already in the public domain.

“The day I ignore a public figure being charged with rape will be a cold day in hell.”

Kate has revealed the issue is a regular occurrence when the Kettering-based Telegraph covers rape cases.

Speaking to HTFP, she said: “Every time we run a story about someone who has been charged with rape, there are people queuing up on Facebook to tell us about how we’ve ruined the life of the defendant.

“They’re also quick to question whether the offence ever happened in the first place, with not a thought for the victim who is more than likely reading their awful comments.

“Strangely, the same people never say question the very existence of the crime when someone is charged with burglary or murder. We never say anyone is guilty before a court has found them so. There is no ‘trial’ going on in our stories.

“If we give rape defendants anonymity until conviction then there’s not a local newsroom in the land that could afford to send a reporter to a two-week trial without being able to report any of it.

“That would mean, by default, that sex crimes committed largely against women would go totally unreported. That’s not open justice, and will only be of detriment to the women who are the victims of these horrendous crimes.”