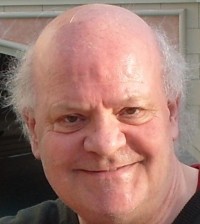 A journalist is to publish the memoirs of a 110-year-old woman in what he has called one of the “highspots” of his career.

Mrs Willis is currently the oldest person in Sussex and the 13th oldest in the United Kingdom.

The book, called Zeppelins & Potholes, is due to be published in print once the coronavirus emergency is over, but is already available as a download from Amazon’s Kindle Store.

Philip, pictured, said: “What makes her amazing, apart from being the oldest person in Sussex and the 13th oldest in the UK, is that she remains in remarkably good health, her mind lively, her memory sharp. And she still lives independently in a seafront apartment at Bexhill-on-Sea on the south coast of England.

“What a wonderful story she could tell, I thought, if she was up for a chat.

“Happily, May was very much up for a chat and seemed to thoroughly enjoy our regular get togethers.

“The result is a near-6,000-word story in which May talks lucidly about her childhood, her father being away in the Great War, early boyfriends, meeting Ivor Novello, getting a job, the General Strike, her wedding, dodging the bombs during the Second World War, her devotion to the Royal Family and her love of bridge and gardening.”