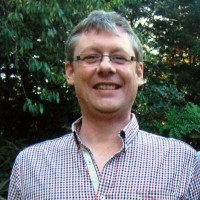 A former regional journalist who went on to work for a national daily has died suddenly aged 48.

Tributes have been paid to James Mills, pictured, who worked for Wolverhampton’s Express & Star and the Shropshire Star before going on to Fleet Street.

Most recently he was working for Mail Online, having previously worked for the Daily Mail between 2000 and 2007.

James was found dead at home on 2 March. The cause of death is not yet known, and a postmortem is due to be held this week.

His father Arthur Mills, himself a former Express & Star and Shropshire Star journalist, said: “We are deeply shocked and sad at James’ untimely passing. He was an amazing person, a loving son and brother and a devoted father.

“He was so witty and clever, talented and humble, very easy going and a pleasure to be around. We were lucky to have had him in our lives and he will be missed forever.

“It has brought some comfort that, without exception, the messages we have received reveal that people have such good memories of James and that he was so well liked and respected by colleagues and friends.”

James has also been remembered by some of his former Shropshire Star workmates.

Lucy Todman said: “He was such a lovely man and I have great memories of him when he was first at the Star.     He made me howl with laughter. He was a fabulous reporter and a credit to his family.”

Calire Dunn added: “I am stunned. He was one of the best I ever worked with. Easy going, warm, funny, charming and so, so good at his job.”

James graduated from Greenwich University with a degree in sociology and joined the NCTJ training scheme at the Express & Star in 1997.

For a brief period father and son worked together when James was placed with the Shropshire Star, working in the Market Drayton and Shrewsbury offices.

In 2000 he was given shifts on The Sun and the Daily Mail, choosing the latter after both expressed an interest in taking him on.

In 2007 he left the Mail to set up Brighton News & Features based in Hove, principally to be around for his daughter Ruby, who was born in January 2008.

Later he worked as a freelance in the South-East of England and then had a spell as a press officer for Shelter before returning to mainstream journalism with The Sun in August 2013.

In June last year James accepted a redundancy package from News UK and took time out to promote his unique art work, but returned to an office-based role at the Mail in December last year.

Mail reporter and former colleague Andy Dolan, who had also begun shift work there at the same time as James, said: “After James recently started back at the Mail Online I’m glad I told him it was good to see him back in journalism as he was one of the good guys.

“There have been some lovely stories exchanged between the reporters about ‘Millsy’ since we heard the terrible news. People I’ve spoken to from the news agencies who dealt with James were all upset – he treated everyone well.

“Unflappable is another word which springs to mind when I think of James. He never lost his cool no matter what pressure he may have been under from his news desk.”

Rob Singh, another colleague, added: “James was one of Fleet Street’s good guys and it was a blast working alongside him.”