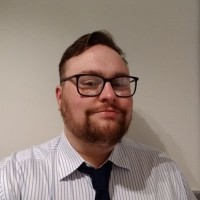 A journalist named Mr Chicken became an internet hit after mishap at a poultry restaurant.

Huddersfield Daily Examiner sports journalist Steven Chicken went viral on Twitter after posting about an unfortunate visit to a branch of Nando’s.

Steven, the Examiner’s Huddersfield Town football writer, was waiting for a table at the chain restaurant when the waitress skipped his name because she thought it was a joke.

His post was subsequently shared nearly 10,000 times and liked more than 100,000 times, with his story also appearing in the national press.

Steven, pictured, had posted on Twitter: “The waiter in Nando’s just skipped our name on the waiting list for a table because she thought it was a joke.”

He later added: “Just to clarify, contrary to a headline I’ve just seen, we weren’t refused service and didn’t have anyone laughing in our face or anything like that.

“It was fine and nobody needs to get in trouble over it at all.”

Steven’s tweet also attracted the attention of fast food restaurant Burger King, which is known for its Whopper burger.