Is this the UK’s youngest sports reporter?

A ten-year-old schoolboy has laid a claim to be Britain’s youngest reporter after having a match report published in a local weekly.

The paper arranged for him to cover the game after finding out from his mum, Rachael, that he liked writing up Premier League football match reports for fun.

His report on the game – which Bishop’s Stortford lost 0-2 – also included a post-match interview with the team’s manager, player ratings and a man of the match nomination. 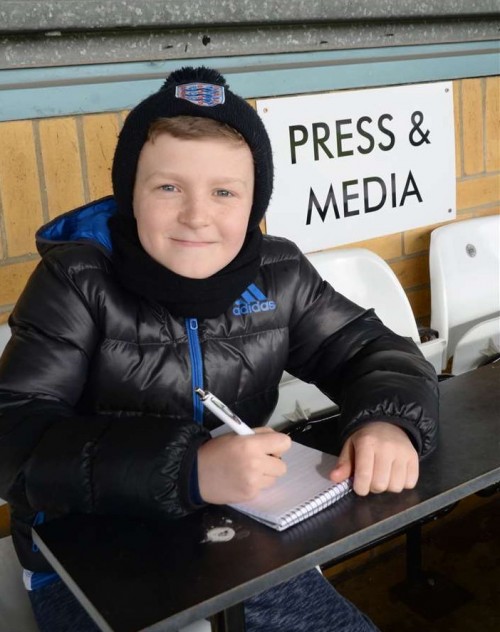 He said afterwards: “Thank you to chairman Ian Kettridge, owner/manager Steve Smith and players Aaron Greene and Ryan Henshaw for making me feel so welcome and for giving me this opportunity.”

Editor Paul Winspear said: “We’re not averse to blooding new talent – our film reviewer has only just turned 16 – but I was seriously impressed by the quality of Daniel’s work.

“His writing style belies the fact that he’s still only primary school age.”

Mr Kettridge added: “He took on board all I told him, mainly to make sure he spelt my name correctly as nine times out of ten people get it wrong!

“He seemed genuinely pleased on the day, not overawed at all – not even by dealing with the players, me or Steve Smith.”