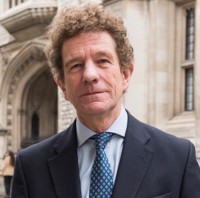 The press watchdog has received a record number of complaints in 2020, its chairman has revealed.

Lord Faulks has confirmed the record in the Independent Press Standards Organisation’s annual report for 2019.

The report, published last week, also revealed a total of 9,766 enquiries were received and assessed during 2019.

Of these, 8,891 were turned down ahead of an investigation because they did not fall within IPSO’s remit or because there was no possible breach of the Editors’ Code of Practice.

A total of 621 complaints were investigated, of which 55 were upheld.

Lord Faulks, pictured, wrote in the report: “IPSO has delivered remarkably well during this period. We are gradually re-establishing office life in a Covid-secure environment, but even if this process is slower than we would like, IPSO is showing true resilience.

“I would like to thank every single one of our employees for making this possible.

“Looking ahead, we have received a record number of complaints in 2020.

“Even in these challenging times people continue to utilise our service, and in dealing with these complaints IPSO is providing a valuable service to the public and to regulated publishers.”

In his report, Lord Faulks went on to examine the future of the press industry.

He added: We are not champions of the press. Indeed, IPSO is proud of its independence and is acutely concerned to bring justice to those wronged by press actions.

“However, it is difficult to overstate the challenge that the press faces as a result of Covid.

“A downturn in advertiser revenue and distribution challenges will linger even as the pandemic subsides.

“Whatever may come, IPSO will continue to be source of accountability, independence and fair regulation for the UK press.”