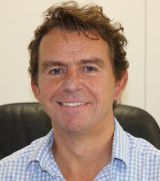 News industry chiefs have shared their “great shock” after it was revealed Reach plc’s chief operating officer will leave the company.

Neil Jagger, pictured, is set to depart his role with the regional publisher after seven years of service.

News of his departure comes 24 hours after Reach revealed it is set to cut 550 jobs across the group, including around 325 in editorial and circulation.

According to trade website Better Retailing, Neil was placed on gardening leave last week ahead of the announcement.

He told the site: “I’m saddened to be leaving, but ready and hopeful for my next challenge.”

The Federation of Independent Retailers, the NFRN, has paid tribute to Neil.

NFRN national president Stuart Reddish said: “Neil’s departure will have come as a great shock to everyone in the news industry.

“The NFRN has had a close working relationship with him for many years, during his long career in regional newspapers, at Mail Newspapers and, more latterly, at Reach.

“I’m sure that Neil would agree that while we have not always seen eye to eye, we have always respected each other’s views. We wish him all the best for the future.”

Mr Reddish added: “I hope that Reach will be in contact shortly to let us know its plans for the future.”