A hyperlocal publisher has won a grant from Google after returning to print following a break caused by the coronavirus crisis.

Norfolk-based Just Regional has become the latest publisher to reveal it has won an award from google’s relief fund, which is aimed at helping news titles through the pandemic.

The company, which produces 10 monthly news magazines in Norfolk, paused printing in March, mainly to protect its team of more than 100 delivery boys and girls.

It instead turned its attention to putting stories online via its website, Facebook and Twitter, and saw online interactions grew up to 1,000pc in all areas. 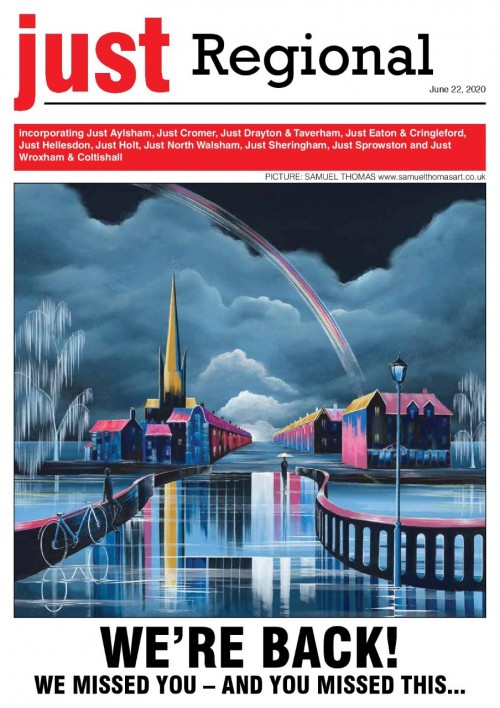 Just Regional returned to print in June with a merged publication covering all areas, which has been delivered to 50,000 homes in six market towns and four Norwich suburbs.

On receiving the Google funding, editor Tracey Bagshaw said: “This is amazing news. It has been well documented that some large organisations have felt the pinch, but small organisations such as us have also had to adapt to survive, and it’s great to see that effort recognised.

“We never stopped during the lockdown as we were determined to keep giving people a mix of vital information, local news and some of the more heart-warming moments which were going on in our communities.”

Owner Lee Todd added: “Google, this massive international company, has backed us – a company based in Aylsham, a small Norfolk market town – because they believe in what we are doing,” he said.

“They were impressed how we kept going through the pandemic and that we are rising from the ashes, unlike some bigger publications which are struggling all across the country.

“Our readers and advertisers have stuck with us throughout this and we are grateful for their loyal support.”

HTFP reported on Tuesday how the Salford Star had revealed its future had been secured for the next six months thanks to a $5,000 grant from the Google.

HTFP has approached Google for a list of further UK recipients.