HoldtheFrontPage is celebrating 20 years of providing up-to-the-minute news and jobs to UK journalists.

The site first went live on 7 February 2000 with its first stories including an obituary of long-serving Derby Telegraph journalist Lewis Meakin and a competition to win a job on a local newspaper.

Launched in an era when the likes of MySpace, FriendsReunited and AskJeeves were the dominant players on the web, it has outlasted many of the sites that were around at the time and now boasts an archive of nearly 35,000 stories.

Older than both Facebook and Twitter – two of the sites which have helped revolutionise the industry on which it reports – it constitutes a unique record of how the regional press has evolved over the past two decades.

Over the next week, the site will be marking the anniversary with a series of content and commercial initiatives, including:

* A week-long series of first-person pieces looking back at the early days of the site, how the industry has changed since then, and what the future may hold.

* A new timeline feature charting the major events in the industry over the past 20 years.

* A new homepage feature, entitled Reporting Excellence, which will aim to highlight outstanding journalism in the regional press.

* A reader poll to find the best front page of the past two decades.

As a thank you to its loyal customers and to help create more opportunities for young people to get into the industry, we are also offering 20pc off all Trainee Reporter jobs placed with us until the end of February.

Industry leaders have today joined in congratulating the site as it marks two decades of continuous publication.

Ian Murray, executive director of the Society of Editors said: “Many congratulations to HTFP on the occasion of their 20th anniversary. The site has rightly earned a reputation as a provider of news and information about our industry that does not pull its punches.

“The regional print media has gone through immense changes during HTFP’s existence and the site has been there to follow every twist and turn. Best wishes for the next 20-years.”

NCTJ chief executive Joanne Butcher said: “With all the latest news about what’s happening in regional news publishing as well as information about training and the latest job vacancies, HoldtheFrontPage is a fantastic resource for aspiring journalists and those who are at all stages of their journalism careers.

“Congratulations to the HTFP team for twenty years of outstanding service to our wonderful trade!”

And David Newell, News Media Association chief executive, said: “Over the past two decades, HoldtheFrontPage has become a valuable resource for news and information about the local news media sector.

“On the occasion of its 20th anniversary, I am pleased to offer my congratulations and wish HoldtheFrontPage all the very best for the future.”

HTFP Publisher Paul Linford added: “HoldtheFrontPage is one of the olest continuously published news websites in the UK and I am immensely proud to see us reach this milestone.

“But we have not done it by staying the same and in a fast-changing world I know we will need to continue to adapt in order to go on serving the needs of journalists and the journalism industry.”

Here is a gallery of how HoldtheFrontPage has evolved over its 20 years, starting with the initial, email bulletin style look with which the site first went live. 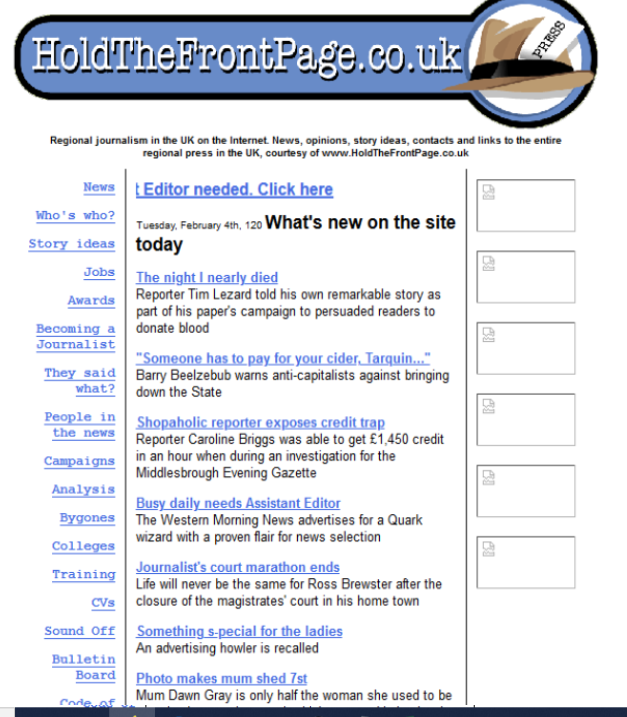 The first redesign, in around 2001, became the site’s established look and feel and lasted ten years. 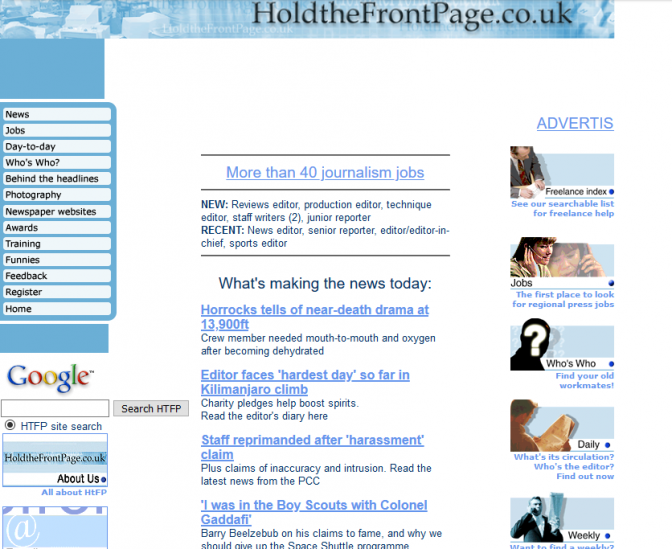 The 2011 redesign moved to the site onto the WordPress platform and introduced a new masthead and logo. 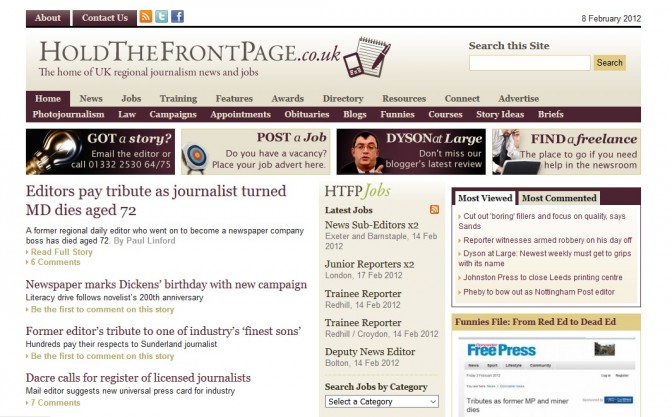 The 2015 redesign saw the site move to a mobile-friendly responsive platform and gave much greater prominence to the jobs area. 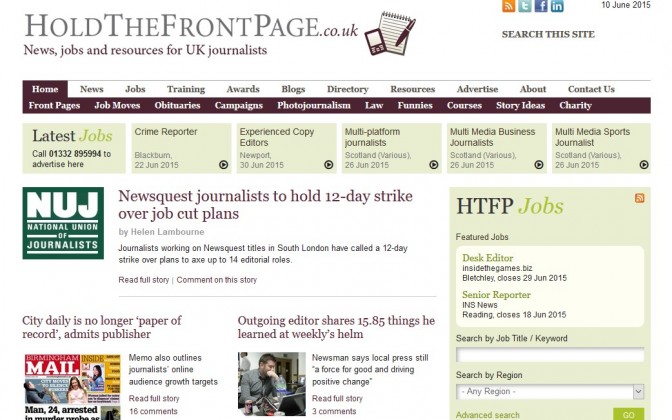 Finally, the January 2019 changes saw the site evolve into its current design with a new lower-case masthead and expanded job search box.  Further tweaks to this design are taking place today with the introduction of the new ‘Reporting Excellence’ homepage feature. 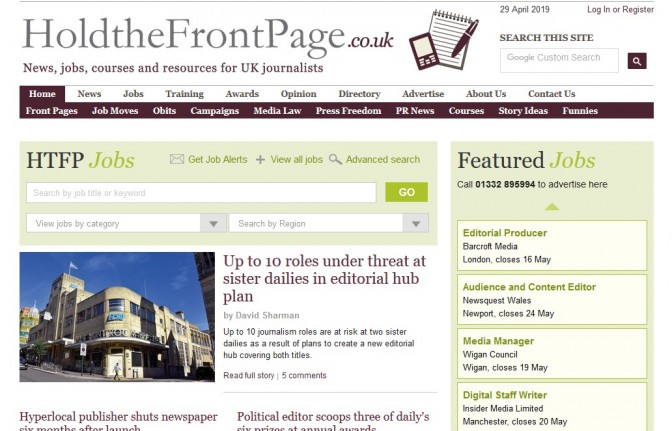