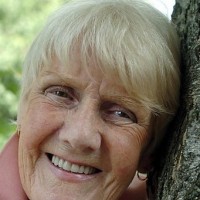 Tributes have been paid to Pauline Nicholls, who worked for Blackpool daily The Gazette under her maiden name of Pauline Merrill.

Pauline, pictured, later went on to become a swimming teacher after the birth of her sons Tony and Paul.

Retired Gazette tourism writer Craig Fleming said: “Pauline was a forthright yet caring lady who I first met more than 30 years ago when my daughter was one of thousands of Fylde coast youngsters she taught to swim.

“On discovering we had a connection in journalism she delighted in sharing many anecdotes about her time as Gazette reporter Pauline Merrill and we became good friends.

“It is unbelievable today that back then the female reporters had to fight hard to be seen as responsible enough to be trusted with what were considered ‘serious’ stories.

“But Pauline stood her ground, proving she was eminently capable of covering any subject.”

Pauline outlived her husband Roy and had moved to Norfolk to be near her son Tony in recent years.

She died on 6 August and her funeral will take place in Norwich.