A former sports editor has returned to her first love of music to compile a book of memories and tributes about singer David Cassidy.

Louise Poynton, who was group sports editor at the Surrey Mirror and associated titles for 14 years, has written the book about the 1970s teen idol, who died in 2017.

HTFP reported the following year how Louise, pictured, was searching for fans of Cassidy and journalists who covered his concerts to contribute to the project, which she had been working on since before his death.

The result, ‘Cherish: David Cassidy – A Legacy of Love’, will be published on 6 April by Unicorn Publishing Group. 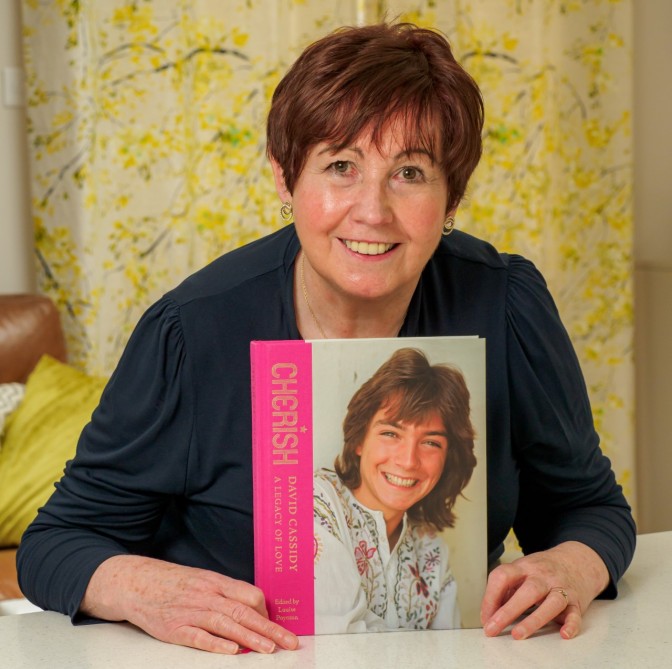 Louise, pictured, said: “As teenagers in the early 1970s when David Cassidy sang, you felt he was singing to you. Sitting in your poster covered bedroom, you would pour out to him all your dreams and ambitions, your troubles and concerns. He brought considerable happiness to millions.

“You knew he was listening and in many ways, he really helped many pre-teens and teenagers get through difficult times. Every page is full of love, beautiful memories which bring smiles, laughter, happiness and a few tears. These memories, which echo across time, have been written by his fans in their own words. There is also a collection of beautiful poems composed over the past 50 years.

“In many ways he was an inspiration in terms of his image – the clean-cut looks, the shag-style haircut – but also through the music he made both with The Partridge Family and as a hugely successful solo artist.

“He helped give teenagers an identity, he was someone you could relate to, someone you wanted to be like. Girls wanted to walk along the beach with him, boys wanted to be him. With a third of the content coming from his army of male fans, who write of how much he meant in their lives leading some to a career in music, that is further validation of his influence.”

Louise, 63, has been freelance since 2012 and began her career on the Eastbourne Herald and Gazette.

She added: “Originally, I wanted to work for Melody Maker or one of the other leading music papers which would publish a lot of my letters and concert reviews about David, but I had to do the hard graft first in the newsroom. Strangely my path led me to my other love sport, so now I feel I have come full circle.

“Every story in Cherish is a singular experience, a thematic journey but when brought together they provide stops on the adventure with David at the heart of everything his fans have ever done.

“In being so honest about themselves exposing their emotions and life stories they have made themselves emotionally vulnerable as they opened their hearts to share their life experiences and the role David Cassidy played in them. The memories will make you smile, laugh and cry.

“This is a unique collection of memories, anecdotes, conversations remembered and tributes from his loyal fans around the world, many never before told, alongside numerous previously unseen images from photographers who have opened their archives for me. There is a vivacious appetite to have more about him and this is a beautiful homage to an extraordinary man.”