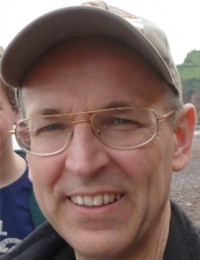 A former weekly newspaper editor has written a series of new quiz books aimed at sparking “light-hearted conversations” among families.

Andrew Townsend, who until recently edited the Cornish Times, has produced three e-books which are now available on Amazon.

Each of the books contains 20 four-question multiple-choice quizzes.

Questions on offer include “How many Brits admit to having a wonky toilet seat?”, with the answer being “nearly a third”.

Andrew, pictured, said: “My family and friends have enjoyed the fun quiz questions over the years. Rather than just being a test of memory or knowledge – or of how good you are at guessing! – the quizzes will hopefully spark conversations on the wide range of topics covered.

“Quite often a question would bring to mind such anecdotes and memories that it seemed a shame to interrupt and ask the next one.

“The questions can be asked remotely over the internet, using one of the video conferencing programmes available, or in a room of people, where that’s allowed, of course.

“I hope the books may help, at the moment, to banish the lockdown boredom.”

Andrew , 57, worked for the Evening Herald in Plymouth in the 1980s and was the editor of the Plymouth Extra in the 1990s.

Later in his career he edited the regional Sunday Independent and later moved on to the Cornish Times.

Andrew’s books can be found here.  All our coronavirus-related stories can be read here.

A former sub-editor on a number of dailies has written a book on the history of British sports journalism.

Steve Tate’s book, ‘A History of the British Sporting Journalist. James Catton, Sports Reporter’, covers the development of the sports writers’ trade from around 1850 through to 1939.

The book also serves as a biography of sports reporter James Catton, who worked in both the 19th and 20th centuries.

Steve, 62, joined the former Evening Star newspaper as a trainee reporter in his home town Burnley in the mid-1970s, with his career including stays on the Lancashire Telegraph, Blackpool daily the Gazette, the Northern Echo and the Sunderland Echo. 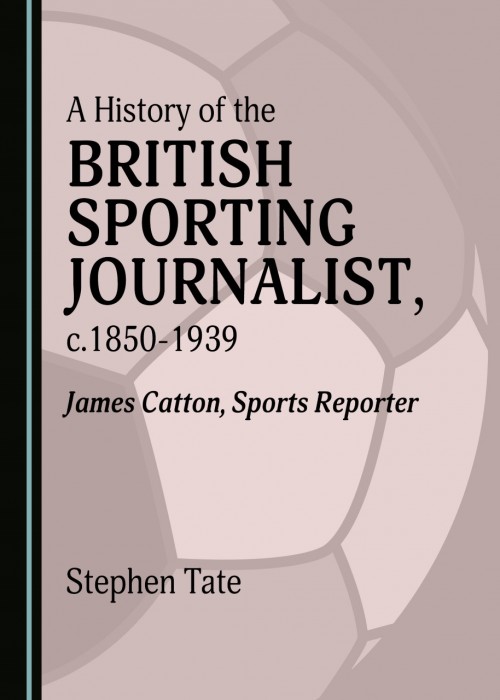 He later joined the Lancashire Evening Post and also worked briefly in public relations in the electricity generation industry.

Said Steve: “It’s been a long time in the making, a long journey. But I’m delighted that it’s now completed – it was a thrill to get the book in my hands.

“The book serves a double purpose. It’s a twin biography, telling the story of how the business of sports reporting grew – the social, cultural and professional environment in which sporting news came to be written – alongside the career story of James Catton who was one of the country’s most influential sports reporters in the decades spanning 1900.

“Both strands blend to create what is essentially the first comprehensive history of the sporting reporter.”

Two former regional journalists have written a book about an English language daily published in Germany that “scooped the world” at the end of the First World War.

James recently retired as a senior lecturer in international journalism at Cardiff University after a journalism career which saw him work for the South Wales Echo, Western Mail and BBC.

Rob, who is currently head of broadcasting and journalism at the University of South Wales, is a former features editor on the Western Daily Press. 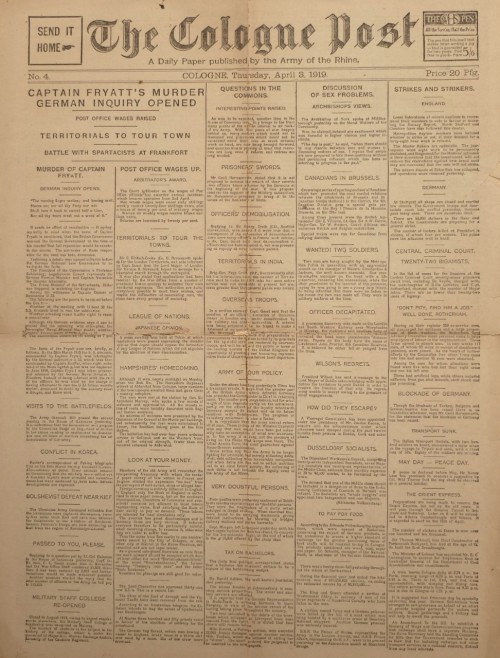 James told HTFP: “My grandfather, Cpl. Evan Jenkin Kingsbury, marched from Ypres to Cologne after the Armistice of November 1918. He served in the Army of the Rhine from December 1918 to December 1919, which is how I first discovered – and became interested in – the story of the Cologne Post.

“I enlisted Rob Campbell’s help and together we researched various aspects of the paper and the soldier-journalists who ran it.

“What we discovered was a unique publication which has been largely overlooked – a daily English newspaper published in Germany during the years of turmoil which culminated in the rise of Hitler and the Nazis.

“Far from being a boring military mouthpiece, it turned out to be a lively and ambitious paper, whose great claim to fame was that it was the first in the world to publish the terms of the peace treaty which would be imposed on Germany and would, finally, bring the Great War to an end.”

The book can be purchased here. 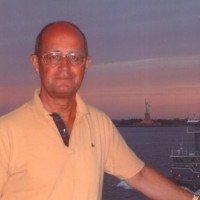 A former editor is hoping to clear the name of a seaside town known as a “shirkers’ paradise” during the Second World War with his new book.

David Scott’s ‘The Funk Hole Myth’ examines the vilification of Torquay between 1939 and 1945, when a “vicious” campaign was waged by several national newspapers.

The campaign earned Torquay a reputation as a ‘funk hole’ where people came to hide from the war, where the residents refused to do their duty, failed to contribute enough money for the war effort and lived a cushy life.

A ‘funk hole’ was a derogatory term used in both world wars to describe a safe retreat from any sort of duties and where the ‘idle rich’ with money in their pockets could escape the bombings and privations suffered by those in the big cities.

He said: “I realised this was a story that needed telling and correcting. Just prior to the 75th anniversary celebrations of VE Day next month seemed a good time to launch the book.

“Even today London-based journalists believe Torquay is mainly populated by the upper classes and that as such is a good target for some newspapers with a political agenda.”

David added: “The old adage ‘if you throw enough mud some of it will stick’ applied in Torquay’s case.

“By calling the town a funk hole national newspapers included everyone and everything in their critical columns, which if more journalistic research and care had been undertaken would have told a different story.”

The book is only available by emailing David at DScottTorq@aol.com or by leaving a message with details on 07802 786684. 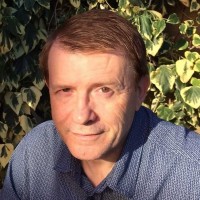 A former regional and national journalist’s new spy thriller has been published on the second anniversary of the Wiltshire novichok poisonings.

Tony Bassett’s new novel The Lazarus Charter concerns a Kent couple, Bob and Anne Shaw, whose lives are threatened by a secret cell of Kremlin agents that use poisons as a part of their everyday arsenal.

Tony, pictured, began his career on regional press titles in Sidcup, Worcester and Cardiff, before going freelance in London and then spending 24 years as a staffer on the Sunday People.

He has dedicated his book to novichok victim Dawn Sturgess and also to Alexander Litvinenko, who was poisoned in a separate incident in London in 2006.

Tony said: “I felt compelled to write the novel partly because of the growing dangers posed in this country by foreign agents who seem to believe they can act without regard for the law.”

He added: “The novel partly focuses on the new dangers posed in Britain by the activities of Russian intelligence agents.

“So I wanted to dedicate it to the two people who have lost their lives as a result of the two major poisoning cases.”

The Lazarus Charter is a sequel to Tony’s previous book, the crime novel Smile Of The Stowaway, which was released in December 2018.

Both books can be obtained from their publisher, The Conrad Press in Canterbury.

Stan Sturgess, father of Dawn, said: “I’ve begun to read the book and I’ve been impressed by what I’ve read so far.”

His wife Caroline added: “It was a lovely gesture, dedicating the book to Dawn, and we hope it is very successful.”

And Marina Litvinenko said: “I have just started to read the book. I am very pleased the book Tony has dedicated the book to Sasha.

“But it was poignant to me to find that Sasha was the same age as Dawn Sturgess, 44, when they both died.”