An editor who was still covering football as recently as last year has died aged 77.

Tributes have been paid to David Bell, who edited the Rutherglen Reformer in the 1970s and also worked for titles including the Glasgow Evening Times and Hamilton Advertiser.

He was given a guard of honour, pictured below, when he covered his last game in 2019 by the players of Blantyre Vics Football Club. 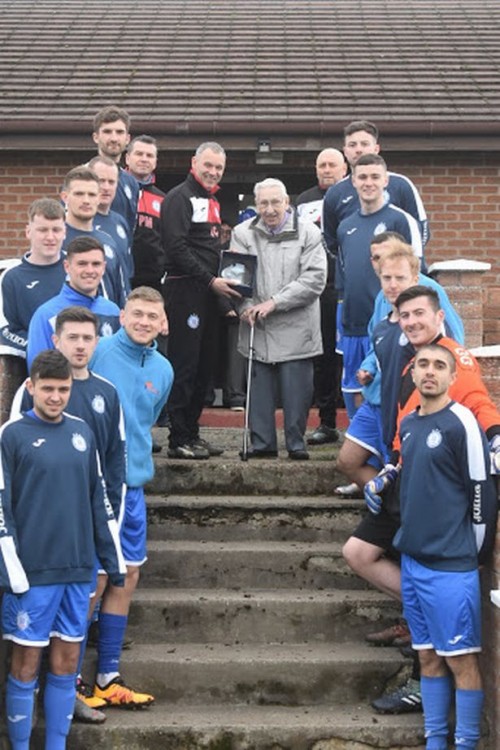 David began his career at the Motherwell Times before as spells as a freelance reporter and on the staff of the Evening Times.

He first joined the Advertiser in December 1969 as a district reporter, later becoming sports editor, before taking on the editorship of the Reformer.

Between 1975 and 1995 he worked a sa press officer for Glasgow District Council, before spending three years with Beattie Communications and setting up his company called Bell Media in 1998.

He was also treasurer and vice-chairman Lanarkshire branch of the National Union of Journalists and received a lifetime membership from the union in 2010.

He died on 26 August after a long illness and his funeral was held on 4 September.