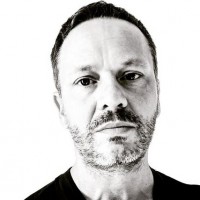 A former regional daily journalist now living in Australia is working to help those traumatised by bush fires which have devastated the country.

Marc Bryant, who served as chief reporter at the Burton Mail before emigrating in 2007, has told his old newspaper of how the disaster has unfolded close to his home.

is involved in the trauma response in Newcastle, in New South Wales, as part of his work as a suicide prevention manager for the Everymind organisation.

He told the Mail: “We’ve been impacted by weeks of smoke.

“And can see fires nearby as well as colleagues and friends caught in the fire zones that have wrecked havoc.”

Marc worked at Staffordshire Newspapers, including the Mail, between 1998 and 2004, before briefly working on The Sun.

He then spent three years working in PR for the NHS before moving to Australia.