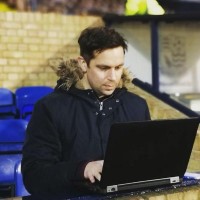 A regional daily has been barred from a football club after match reports were deemed “non-essential”.

Explaining their decision, Boreham Wood said they did not consider Chris an “essential worker” – despite journalists being covered as key workers during the coronavirus crisis under government guidance issued in March.

Broadcast journalists from BBC Essex, BBC Three Counties Radio and BBC 5 live will be allowed to attend tomorrow’s fixture, while Chris will be given access to a live video stream of the match.

Confirming their decision in a statement headed ‘A match report is non-essential’, Boreham Wood said: “Following the recent advice sent to us by the National League Board and the FA, and in line with all present government guidelines, due to Covid-19, the club has had to make tough decisions in regard to who we can give entry to for Saturday’s FA Cup game against Southend United.

“Our decisions are based entirely on if somebody is deemed an essential worker or not. We believe a cautious, common sense approach is needed at this time and we are taking our guidance from our appropriate governing bodies; the FA and the National League, as well as our very own Covid officer and safety officer.

“Unfortunately, we cannot look after away match reporters during this lockdown, as match reporters are not deemed as essential workers and can do their work from the safety of their homes via the live streams we provide. As such we will not be able to accommodate any non-essential media during this latest Covid-19 lockdown.”

The club went on to claim they were “accommodating as many people as possible”.

The statement added: “Unfortunately, there are some losers in our decisions, as we simply cannot accommodate all of our own media department, the Non-League Paper’s match reporter or the Southend Echo’s match reporter Chris Phillips, though all will be given free access to our match day stream to write their match reports.

“This we feel is the common sense approach. We are all in this lockdown together and the lockdown rules of the land do supersede non-essential individuals wishes to go to a game of football, especially when they can watch the same game from the safety of their own home.

“The club believes with 25,000 new cases of Covid-19 being reported on a daily basis in the UK, that this falls in line with government, FA and National League guidelines.

“We apologise for any inconvenience caused, especially to the reporter from the Southend Echo Chris Phillips, but our safety measures put in place are for everyones (sic) health and safety, do not encourage long distance journeys and are not financially led.”

Chris, who has missed just three United matches since joining The Echo in 2003, has won support from industry figures including Sky Sports presenter Jeff Stelling.

Jeff, who began his career on the Hartlepool Mail, described the decision as “bonkers” and said the attendance of local media “should be non-negotiable”.

Speaking to HTFP, Chris said: “The decision is extremely disappointing and frustrating. I’ve been to every game this season with all of the protocols in place which have worked well so I’m not sure why Saturday’s game is different to be honest.

“The actual match report itself is a small part of the coverage which we will now have to reduce for Monday’s paper.

“The response has been unbelievable though. I only did the story in the first place to explain why our coverage wouldn’t be the same as normal and I never expected such a reaction.

“It’s been crazy really but the only real positive to come out of this is that it’s shown how much people still value local journalism and that’s actually been quite nice to see.”

HTFP has previously reported on a number of media controversies involving Boreham Wood.

In 2015, Portsmouth daily The News criticised the club’s press accreditation policy after its reporter had to pay for entry to their ground when only two press passes were given to the away club he was covering, Havant & Waterlooville, which were given to that team’s own media staff.

And the following year Boreham Wood hit out at the Borehamwood & Elstree Times in a strongly-worded statement on their website headed ‘Club calls time on local paper’.

In the statement, the club announced they had ceased dealing with the Times, branding it “redundant” and “yesterday’s news”.