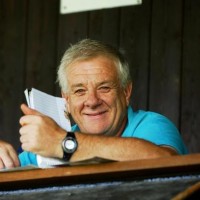 A retired journalist described as a “first-rate” reporter and columnist has died aged 76 after battling coronavirus for more than two weeks.

Tributes have been paid to Dennis Aris, known for working on the Westmorland Gazette and North West Evening Mail.

He was diagnosed with the disease after being admitted to Furness General Hospital and “appeared to be showing signs of recovery when further complications set in”, according to the Gazette.

He was well-known for his column The Way I See It, which was launched by the Gazette in 1990 and ran until his retirement in 2008.

Former editor John Lannaghan told the Gazette: “Giving Dennis his own column was one of the best things I ever did. He had a quirky sense of humour and used it to wonderful effect, highlighting the absurdities and oddities of everyday life but often with a serious point to make.

“He liked nothing better than puncturing the pomposity of politicians or other figures of authority and no-one was safe from his sharp wit, including his own colleagues.

“He was also quite happy to poke fun at himself as he did in one of his best-remembered columns when he recalled how he and his colleagues on the Beds and Bucks [Observer] had been too busy typing up wedding reports and the like to pay much attention to a tip-off about activity around a stationary train on the nearby track.

“It turned out to have been The Great Train Robbery.”

He added: “But it wasn’t just as a columnist that Dennis excelled. He was a first-rate general reporter, operating as the Gazette’s man in the Lake District for many years, while sports-writing came easily to him – hardly surprising as he was involved throughout his life in a wide range of sporting and outdoor activities.”

Dennis began his career on the Beds and Bucks Observer followed by two years on the Honiton Herald, before returning to his first paper.

He moved north to the Kendal-based Gazette in 1972 and spent the remainder of his career there, bar a 10-year spell on the Barrow-in-Furness-based Evening Mail.

Former colleague Brian Dennis told HTFP: “He was the sort who enlivened any newsroom and his nose for news was legendary. A stalwart of the Westmorland Gazette based Lake District News Service, a regular contact was ‘Sid’ from the Sunday People who knew Dennis could be relied upon for a quirky story.

“Dennis always seemed to be getting into scrapes. He ‘borrowed’ a company minivan to cross the Pennines in bad weather to pick up an organ he had bought.

“Unable to get it in the back he tied it to the roof and somehow got it back to Kendal. There he had to lie in the back of the van to kick out the dent in the roof.

“On another occasion and chasing a scoop he ran out of the office and reversed a minivan into the managing director’s days-old company car.”

His first wife Stella, with whom he had a daughter called Merryll, died of cancer in 1994. He subsequently married Jean, a nurse, in 1997.

She told the Gazette: “I was so privileged to have him in my life for as long as I did. He was such a big-hearted man and gave us all so much.”

Dennis’s funeral will be held at Field Broughton parish church, in Cumbria, at a date yet to be fixed. It will be for close family members only, but it is hoped a celebration of his life will be arranged later in the year.