‘Extremely popular’ journalist who worked into old age dies at 86 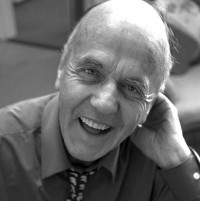 An “extremely popular” journalist who worked into his eighties has died aged 86.

Tributes have been paid to Tony Greenbank, pictured, a freelance who worked at Newsquest Cumbria and its predecessor Cumbrian Newspapers.

Tony wrote for South Cumbria daily The Mail and was known for his popular Bar Spy column in the Carlisle News & Star, as well as covering sporting events in the county.

He also worked for the publisher’s Cumbria Life title and wrote the Country Diary for The Guardian until 2018.

Keith Sutton, former editor at The Mail and the News & Star, said: “He was very close to the people who read his stuff.

“He was the absolute opposite of people who write for Twitter, who haven’t got a clue who’s reading it.

“He was very knowledgeable. He had an entertaining way of writing and it was spotted by The Guardian.”

Times & Star journalist John Walsh added: “He loved his football and I’m pleased to say he gained a lot of pleasure in watching Workington Reds, particularly enjoying his visits to Borough Park and the craic in the bar afterwards.”

He told The Mail: “He was extremely popular in the newsroom and he had a lot of time for other journalists.

“He could turn his hand at anything, but everyone remembered him for Bar Spy – we used to joke he went to Cumbria’s worst pubs so we didn’t have to.

“He loved talking to people and then he would come back with all these interesting stories.”

Photographer and friend Phil Rigby added: “He was a great bloke and he always had a generous spirit, he was always on the lookout for stories.

Tony is survived by children Mark, Hannah, Heather and Rebecca, as well as four grandchildren.