A former sports editor has turned a story about a dog which he created for his newspaper colleagues into a novel.

John Hutchins has written ‘Our Patch’ after being inspired by a short story he came up with for Tavistock Times journalists which featured their own pet dogs and cats.

John, pictured, was also inspired to write the tale by his own childhood dog Ben.

The book is a prequel to his debut novel The Carved Angel, the story of First World War soldier, which was published in 2014. 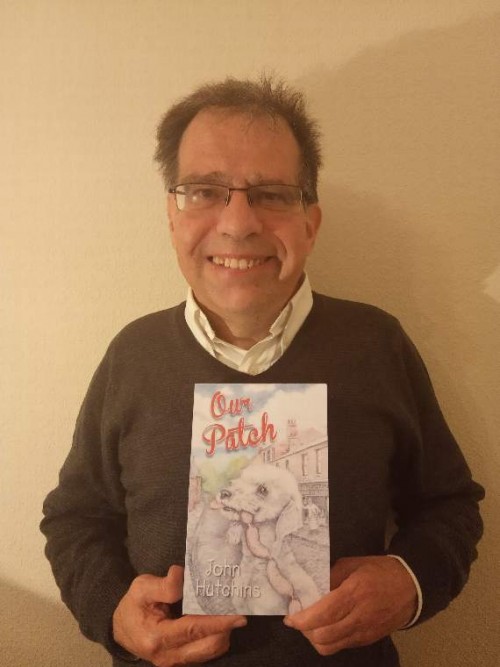 ‘Our Patch’ follows the adventures of Tommy as a child and Patch, his Bedlington terrier.

John told the Times: “This is a fun story and I think dog lovers will like it, but even if you are not a dog lover I hope that the humour comes across.

“I especially hope that in these Covid times it will put a smile back on people’s faces.”