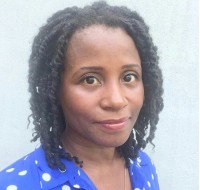 A former regional journalist has called for the industry to recruit more black political reporters.

Anne Alexander, pictured, has demanded action be taken on the “minuscule” number of black journalists reporting on politics in the UK.

Anne began her career on Wolverhampton daily the Express & Star, where she became assistant news editor and later moved to London to become its deputy political editor.

She then became political editor of the Yorkshire Evening Post, Lancashire Post and Sheffield daily The Star, and remains to this day the only black female journalist to have worked in the Westminster lobby.

Anne, who now works as senior political producer for ITV’s Good Morning Britain, has made the call in a piece for human rights blog EachOther.

She wrote: “It was very noticeable during the many months of the daily coronavirus press conferences, that the questioners were almost exclusively white, to the point where when a black reporter got a question, it was cause for much discussion and celebration on social media.

“It should not be a big deal to see a black or brown person asking a politician a question at a UK press conference. But it still is.

“News is subjective. As impartial as we all like to think we are, we must accept that, and as journalists, our opinion on what is significant and important, what is reported on, and how, will be coloured by our own personal experiences.

“Of course there is lots of common ground, but there are aspects to a story which a black person is more likely to see or to highlight simply due to our experience living as a minority in the UK.”

Anne went on to note the work of black journalists who were “an important part of the process which led the government to look into why so many black and Asian people were dying from Covid-19″.

She added: “In a true democracy, all parts of society should have a voice, and political journalism is a crucial part of that democratic process.

“Yet it remains a relatively small exclusive club, which is in need of some new members who look and sound different to the current norm.

“Of course, people of colour cover all stories affecting everyone, and shouldn’t be cast as the ones who always deal with all the ‘race’ stories.

“But the fresh perspectives of people from different ethnic backgrounds, as well as different social backgrounds, are needed if we are to truly, fully reflect the concerns and interests of modern Britain.

“And that variety of thought will enrich and improve the relevance of political reporting for everyone.”