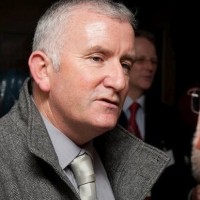 Two rival editors have each slammed a local council which they say has not responded to press enquiries for more than a month.

Michael Casey, of Your Thurrock, and Neil Speight, of Thurrock Nub News, have both criticised Thurrock Council for its failure to respond to their requests during the coronavirus pandemic.

Michael, pictured, told HTFP he has not received a response from the authority since 17 March, when he was sent an email advising him the council would be providing a “daily update to all local media on any changes to public facing council services”.

His frustrations prompted him to write an editorial on the subject, in which he said questions for the council about its handling of the COVID-19 outbreak had “yet to be answered”.

In the initial email, which has been seen by HTFP, the council said: “The council will not be able to react as quickly as we would like to in responding to media enquiries but will instead commit to providing you with a proactive update on a daily basis.

“I am sure there will be an understanding about why this course of action is being taken, it will also ensure that we are able to provide you all with a daily update to ensure we keep our communication through you to the public in as helpful a way as possible.”

However in his editorial, Michael wrote: “Since the crisis began, none of our questions have been answered. We are not alone. We certainly know that Thurrock Nub News run by veteran journalist, Neil Speight has encountered the same experience.

“We also know the BBC’s Local Democracy Reporter has encountered a similar ‘brick wall’. This is not our experience with other councils.”

Neil backed up Michael’s claim, saying: “Thurrock Council’s attitude to the media is appalling. They treat the media and democracy with contempt. I have many unanswered questions about really important topics of legitimate public interest.

“A couple of months ago I met with the director of communications and the senior communications officer and tried to resolve issues, not least then having the courtesy to acknowledge receipt of questions.

“They said they would do that as a matter of routine courtesy. I in turn agreed it was not unreasonable to wait 48 hours for an answer.

“The pledge about receipts has not been honoured. They have got round the 48 hours by not responding at all.”

A spokesperson for Thurrock Council said: “We made local media outlets aware several weeks ago that we would provide them with daily updates but would not be able to respond to all media enquiries while we prioritise communicating directly with our residents and ensuring public health advice and government guidance are shared and followed while the borough and the country deals with coronavirus.

“Since the social distancing measures came into place Thurrock Council has issued local media with 26 daily updates and 27 press releases outlining changes to services, support for vulnerable residents and other actions taking place, covering information requested by the local media and providing much more besides that.

“In that period we have issued six email newsletters to over 100,000 addresses advising on public health matters and actions taken by the council. Each edition was opened by an average of 50,000 residents. In addition, four email newsletters have been sent to almost 2,000 businesses signposting them to support available.

“On top of this the council has shared more than 360 social media messages related to coronavirus and the council’s actions in light of the pandemic. Between them these have appeared on people’s screens more than a million times and been interacted with nearly 8,000 times.

“It is also worth noting that during this time Your Thurrock has submitted a total of six media enquiries. The first of these we responded to on 23 March reiterating that we were prioritising communicating with residents directly over responding to media enquiries and reminding them that we were issuing daily updates. The information requested was provided in a proactive press release.

“The current arrangement is being kept under review.”