Industry leaders are calling on media outlets to mark the 75th anniversary of VE Day this may.

The Society of Editors has lent its support to local and national commemorations and has called on newspapers and broadcasters to promote them.

Planned events include street parties, the ringing of church bells, a Toast to the Nation’s Heroes involving hundreds of pubs, and a Cry For Peace with town criers taking part.

Victory in Europe Day, on 8 May 1945, marked the Allies’ formal acceptance of Nazi Germany’s surrender, bringing about the end of the Second World War on the continent. 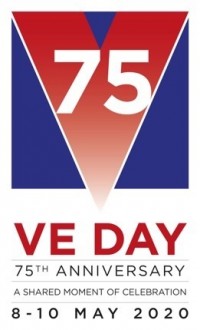 SoE executive director Ian Murray said it was “important the nation took this opportunity to commemorate the victory in 1945 but also the sacrifices made by so many to protect the freedoms we hold dear”.

He added: “Many of these events are at a truly local level involving communities and it is our hope newspapers and broadcasters will become involved in promoting how readers and viewers can participate and in covering the commemorations.”

Full details of the commemorations plans can be found here, along with contact details for media wishing to get involved.

The May Day Bank Holiday has been moved from Monday 4th May to Friday 8th May to coincide with the anniversary.