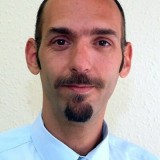 An editorial chief has admitted being “ripped to shreds” by readers after owning up to having made an “embarrassingly” non-essential journey.

Cornwall Live editor Jeff Reines has opened up about his “stupid” decision to pick up two free camping chairs he had noticed outside someone’s house, in a bid to stop others from making similarly unnecessary trips.

Jeff had noticed the chairs during a cycle ride with his wife near Truro for their daily lockdown exercise allowance, and decided to later return in his campervan to pick them up.

But, in a piece for Cornwall Live, he says he became racked with “overwhelming guilt” after getting behind the wheel to collect the chairs – which had already gone by the time he arrived.

Jeff, pictured, wrote: “It was all in my head, because it was wrong. I was very wrong. Stupidly, selfishly, thoughtlessly, arrogantly, unarguably wrong.

“Okay, I didn’t come even close to contact with another person. I didn’t put anyone at risk and didn’t risk spreading this wretched virus that has cursed humanity across the globe, taken thousands of lives and broken tens of thousands of hearts.

“But it was still wrong. What if everyone thought like me? Well, the chairs would’ve been long gone for one thing.

“But seriously, a few hundred ‘short, harmless’ trips leads to a few thousand. Before you know it we’re packed together like summer holidaymakers on Perranporth beach, because we each decided it was perfectly harmless to take that little non-essential journey. It couldn’t be less harmless.”

Jeff added: “If protecting our NHS isn’t enough; if saving the lives of innocent people of all ages isn’t enough; if protecting their loved ones from unbelievably heartache and our heroes on the frontline isn’t enough – if you still need a reason not to take that non-essential journey, listen to your own ego and don’t end up hating yourself.

Jeff’s confession has so far been viewed by around 25,000 people online.

He told HTFP: “I was largely ripped to shreds over it on our social media pages – everything from ‘middle class problems’ or outright accusations that I’d made it up to saying it was a boring waste of ‘three minutes I’ll never get back’ and expletive-laden insults.  But a few said it was the best thing they’d ever read on Cornwall Live and raised good points.

“I fully expected the backlash and have a pretty thick skin so it didn’t bother me. I clarified for some and responded to others, uh, in kind, as it were. I’ve got a reputation for pretty robust responding on our social media so some of the appropbrium was actually personal.

“Overall, I’m quite keen on our journalists piping up about things they feel strongly about and it had just stuck in my mind for a few days so I thought it couldn’t hurt, and if it made one person reconsider a non-essential journey, job done.”