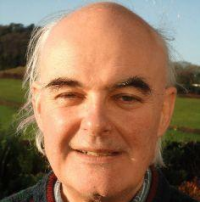 A regional editor who returned as a local news contributor after a spell on the nationals has died aged 72.

Tributes have been paid to Mark Van de Weyer, who edited the Luton News before working on the Financial Times.

In more recent times Mark, pictured, had regularly contributed to the Bridport News.

In an obituary, the News said he would be “deeply missed” by all at the newspaper.

His partner Caroline told the News: This was a man who freely admitted he had made a mess of his school career. He left at the age of 17, joined the Luton News as a cub reporter and soon was made editor.

“In his early twenties, Mark moved to the Financial Times and worked there for 23 years in a variety of roles, including as managing director of ten financial magazines under the Financial Times aegis. During that time, he also served as a Labour councillor for Islington.

“After a new Financial Times manager – known in Private Eye at the time as ‘Slasher Hill’ – ruthlessly sacked a whole layer of management, which included Mark, this resourceful journalist set up a press cuttings company with colleagues. He has continued in a non-executive role.

“Mark made his mark in west Dorset. He had a hatred of corruption and humbug in local affairs, was fearless in confronting those he could see were doing harm and made some powerful enemies. Those many, many people who benefited from his friendship, generosity and kindly advice will miss him terribly.”

Mark, who died on 3 May, is survived by Caroline, his brothers Andrew and Robert, his sons Alex and Nick and five grandchildren, as well as many other relatives.